Samoa to jump forward in time…. 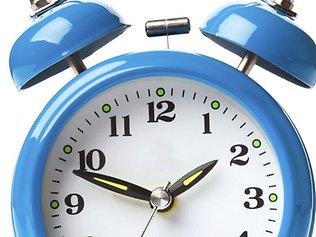 THE tiny South Pacific nation of Samoa will jump forward in time this week – all in the name of trade.

The time jump back to the future comes 119 years after some US traders persuaded local Samoan authorities to align their islands’ time with nearby US-controlled American Samoa and the US to assist trade with California.

But the time zone has proved problematic in recent years, putting Samoa nearly a full day behind neighbouring Australia and New Zealand, increasingly important trading partners with the island nation. In a bid to remedy that, the Government passed a law in June that will move Samoa west of the international dateline, which separates one calendar day from the next and runs roughly north-to-south through the middle of the Pacific Ocean.

Under a government decree, all those scheduled to work on the non-existent Friday will be given full pay for the missed day of labour. Initially strongly opposed by Samoa’s opposition Tautua Samoa Party, the law to make the dateline switch won support after leader A’eau Peniamina told the nation’s Parliament: “It’s a change that benefits the people. Prime Minister Tuila’epa Sailele Malielegaoi earlier said it would strengthen trade and economic links with Australia, New Zealand and Asia.

Being a day behind the region has meant that when it’s dawn Sunday in Samoa, it’s already dawn Monday in adjacent Tonga and nearly dawn Monday in nearby New Zealand, Australia and increasingly prominent east Asian trade partners such as China. “In doing business with New Zealand and Australia, we’re losing out on two working days a week,” the PM said. “While it’s Friday here, it’s Saturday in New Zealand and when we’re at church on Sunday, they’re already conducting business in Sydney and Brisbane. “Today we do a lot more business with New Zealand and Australia, China and Pacific Rim countries such as Singapore.”

It’s the second big economic modernising move by the governing Human Rights Protection Party in recent years, following its switch to driving on the left side of the country’s roads in 2009, another move to align it with the two regional powers. Supporters said at the time the change made it easier for Samoans in Australia and New Zealand to send used cars home to their relatives. Opponents predicted major traffic problems, but they never happened.

So far, only Samoa’s small Seventh Day Adventist Church has indicated a major problem for its congregation, which traditionally begins celebrations for the Sabbath on Friday night and continues through Saturday.The Seventh Day Adventist parish in Samoa’s Samatau village has decided it will continue to observe the Sabbath day on Saturdays despite changes forced on the church by the westward switch of the dateline.

The original shift to the east side of the line was conducted in 1892 when Samoa celebrated July 4 twice, giving a nod to Independence Day in the US. The date line drawn by mapmakers is not mandated by any international body. By tradition, it runs roughly through the 180-degree line of longitude, but it zigzags to accommodate the choices of Pacific nations.