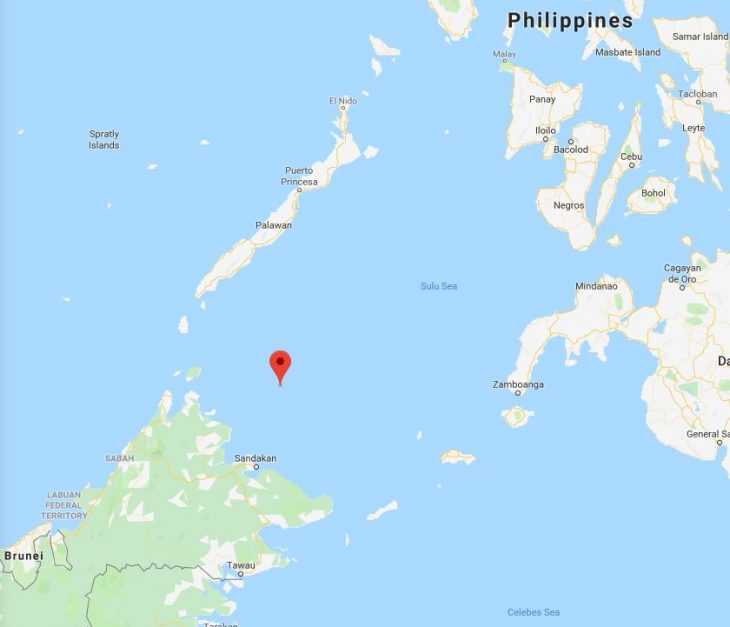 Dindo DU1UD will again make an attempt on this rare IOTA, the Most Wanted in DU.

He will be qrv from Mapin Island (aka Mapun, formerly Cagayan de Sulu, Cagayan de Tawi-Tawi etc) IOTA OC-105 from Friday 3rd May for approximately 2 weeks.

He is a single operator on this one and will be qrv around his work schedule. He will be running an Elekraft K3 and KPA-500 into Vertical/VDA antennas.

Dindo is aware of how needed this is all around the Globe and will do his upmost to reach as many areas as propagation allows.

Please remember this is currently a dangerous part of the World and the safety will always be paramount. Bear this in mind if he suddenly disappears off frequency without warning 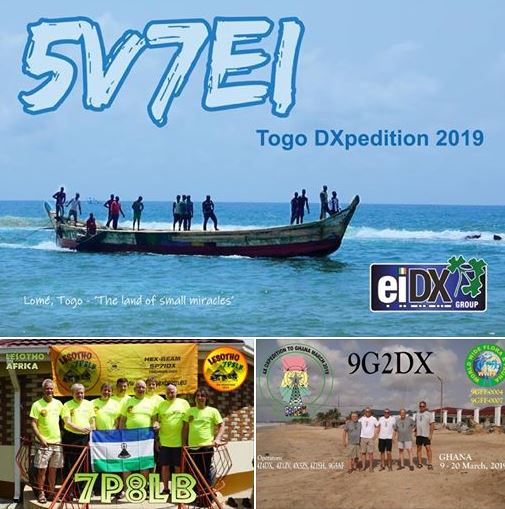 Hi guys. As suggested a few days ago, all the Direct requests for the above cards were mailed this morning without any issues.

Please drop me a few messages when the start arriving to gauge the delivery times. 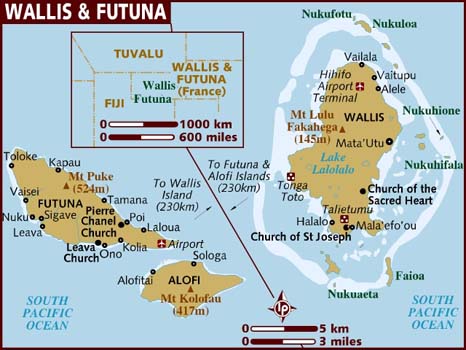 It won’t be long now until Nobby Styles G0VJG is qrv as 3D2AS from Fiji and FW/G0VJG from both Wallis and Futuna Islands. The trip starts on the 3rd May 2019 in Fiji, around 7th/8th May in FW.

He says that ”wifi is available from Fiji but not sure about in FW. It may not be easy sending log updates from that part of my trip but of course I will send them as soon and as frequent as is possible.”

”Most of my gear is packed but we are likely to be very restricted on weight especially on the Flight from Fiji to Wallis & Futuna. Bare minimal will be the answer but again, until we get there some details of this trip are difficult to prepare or predict”.

”I have also decided to set a tentative plan regarding operating frequencies. I will try to stick to my list as much as possible but for 17m I will try to use 18122.00. It also seems likely that I can’t use 60m in FW and for Digital Chasers I will probably not run RTTY and will stick with FT8. This may change.”

Please be aware dates may change according to local conditions and also, please keep up with news on DX bulletin websites and also via QSL Manager M0OXO for any last minute news.

Qsl via M0OXO using OQRS or Direct Post Mail ONLY! 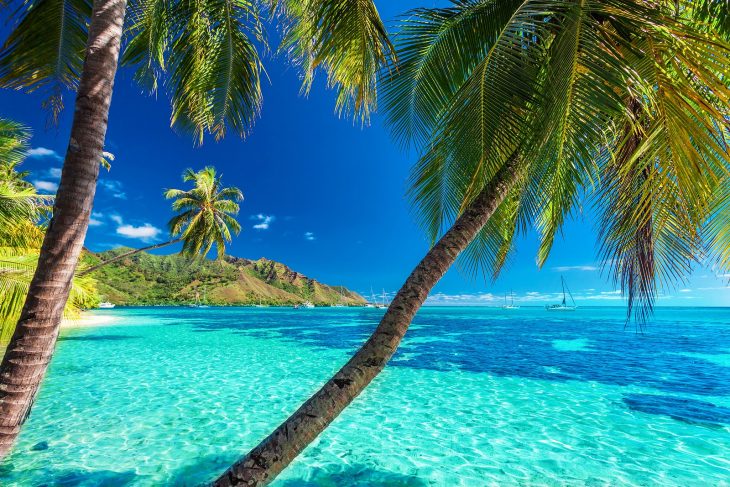 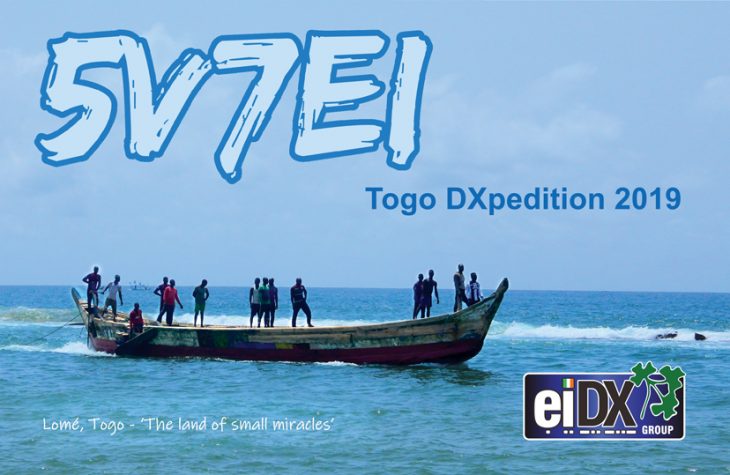 The QSL Card design for the recent 5V7EI operation from Togo as now been completed and cards are printint at the UX5UO Print Shop.

I expect Cards to be out in around two weeks time. 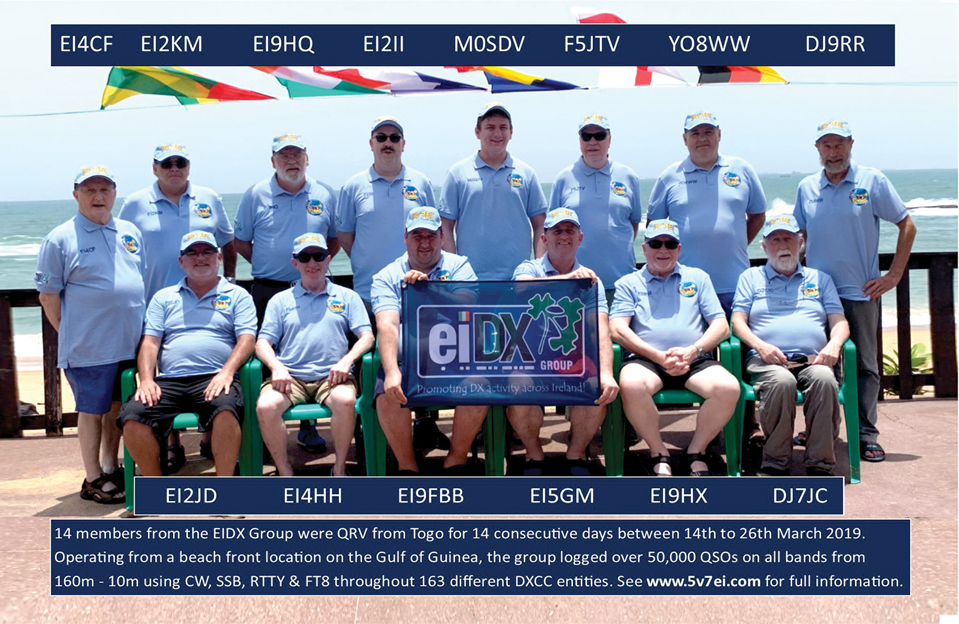 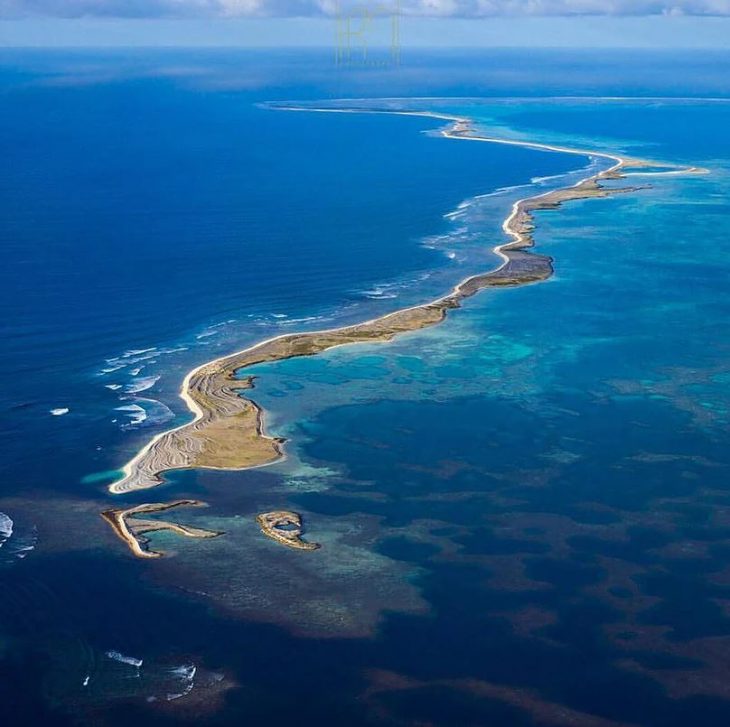 The Houtman Abrolhos (often informally called the Abrolhos Islands) is a chain of 122 islands, and associated coral reefs, in the Indian Ocean off the west coast of Australia. it lies about eighty kilometres (50 nm) west of Geraldton, Western Australia.

It is the southernmost true coral reef in the Indian Ocean, and one of the highest latitude reef systems in the world. It is one of the world’s most important seabird breeding sites and is the centre of Western Australia’s largest single-species fishery, the western rock lobster fishery. It has a small seasonal population of fishermen, and a limited number of tourists are permitted for day trips, but most of the land area is off limits as conservation habitat. Only way to stay there overnight is to get an invitation from locals. 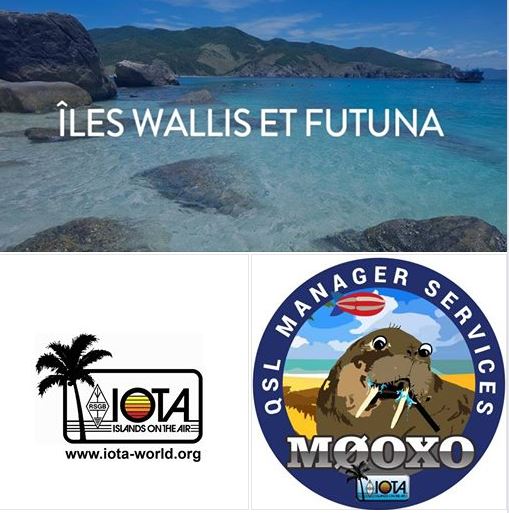 Update from Nobby Styles G0VJG to remind us that his plans are going well for his trip to 3D2 and FW in early May 2019.

He expects to be qrv as 3D2AS from 3rd May 2019 for 5 days. He will then move to Wallis and Futuna as FW/G0VJG on or around the 8th May and be qrv there for 14 days. He will operate from Wallis Island (IOTA OC-054) with the possibility of a short side trip to (the more rare) Futuna Island (IOTA OC-118).

Please be aware dates may change according to local conditions.. 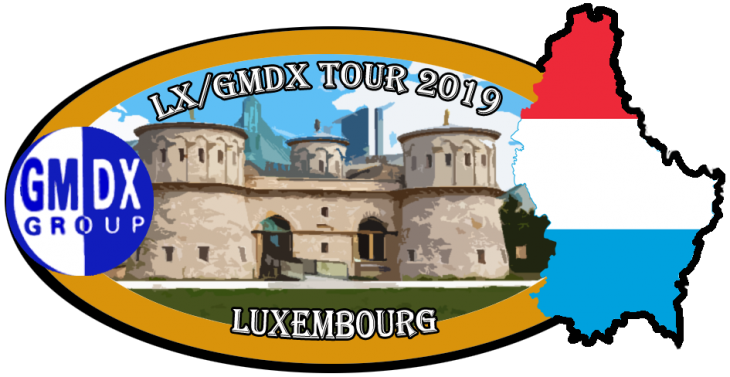 Researchers are still learning to predict the ebb and flow of solar activity. Forecasting techniques range from physical models of the sun’s inner magnetic dynamo to statistical methods akin to those used by stock market analysts.

“Here,” she says, “is a figure showing the last minimum and where we are with the current minimum.”

“As you can see – we haven’t quite reached the lowest levels of the last cycle – where we experienced several consecutive months with no sunspots. However, the panel expects that we should reach those levels [between now and the end of 2020].”

In recent years, the Internet has buzzed with the idea that a super-deep solar minimum such as the 70-year Maunder Minimum of the 17th century might cool the Earth, saving us from climate change. That’s not what the panel is saying, however.

“There is no indication that we are currently approaching a Maunder-type minimum in solar activity,” says Upton. Solar minimum will be deep, but not that deep.

The panel predicts a “fairly weak” Solar Cycle 25. What does that mean? Saying that a solar cycle is “weak” is a bit like saying hurricane season will be “weak.” In other words, there may be fewer storms, but when a storm comes, you’d better batten down the hatches. “Weak” Solar Cycle 24 produced a number of intense X-class solar flares, strong geomagnetic storms, and even a Ground Level Event (GLE) when solar energetic particles reached Earth’s surface. An equally “weak” Solar Cycle 25 could do the same 3 or 4 years hence.

Meanwhile, we have solar minimum. This is a widely misunderstood phase of the solar cycle. Many people think it brings a period of dull quiet. In fact, space weather changes in interesting ways. For instance, as the sun’s magnetic field weakens, holes open in the sun’s atmosphere. Emerging streams of solar wind buffet Earth’s magnetic field, sustaining auroras even without solar flares and sunspots. Some observers believe that Solar Minimum auroras have a distinctive palette, pinker than during other phases of the solar cycle.

Finally, the sun dims, especially at extreme ultraviolet wavelengths. This, in turn, causes the upper atmosphere to cool and contract. Aerodynamic drag that would normally cause satellites to decay is reduced; space junk accumulates. This effect makes solar minimum a terrible time to blow up satellites–although people do it anyway.

The Solar Cycle Prediction Panel is comprised of scientists representing NOAA, NASA, the International Space Environment Services, and other U.S. and international scientists. Their April 5th prediction was preliminary, and they plan to issue a refined forecast by the end of 2019

New to Qsl’in? How to request a Qsl Card 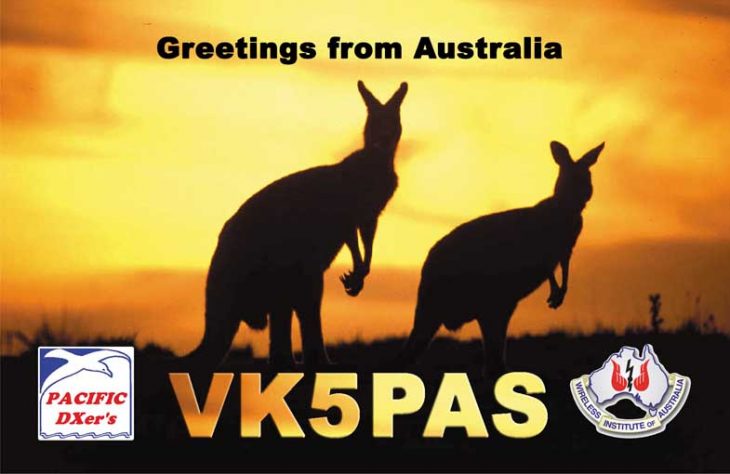 A few recent arrivals in the way of Qsl requests have made me wonder, ‘do we really know how to make a Qsl card request?’. You may be a newcomer to the hobby who finds the whole process of requesting Qsl Cards very daunting indeed.

Well, in an attempt to help both older and newer people in the hobby, I have compiled a page on my website which I hope will attempt to answer most of the common questions.

Please take a look and if you feel it is of benefit then feel free to comment. So many times people fall foul of this proceedure so I hope this helps, at least a little!