YJ0VK had a great signal yesterday and of course the pile-up matched it.

I set out to try and work them on 15m RTTY and successfully logged them after about 10 minutes calling.

It was only the second ‘qso’ with this team so happy to log them for a new slot. 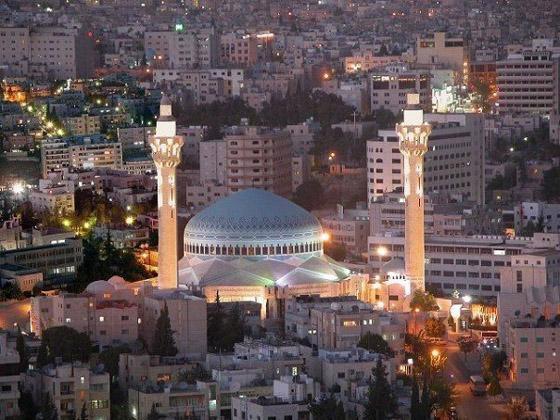 He is using a Hi-Gain vertical Antenna for the moment and running barefoot. Paolo is very active in his spare time so please listen out for him.

Qsl cards are in the process of being designed, make your request for Direct or Bureau via M0OXO

The Boeing 747 Dreamlifter (formerly Large Cargo Freighter or LCF) is a wide-body cargo aircraft arrived and yesterday it arrived at Manchester Airport.

Cargo is placed in the aircraft by the world’s longest cargo loader. Constructed by drastic modifications to an existing Boeing 747-400, it is used exclusively for transporting 787 aircraft parts to Boeing’s assembly plants from suppliers around the world. Boeing Commercial Airplanes announced on October 13, 2003 that, due to the length of time required by land and marine shipping, air transport will be the primary method of transporting parts for the Boeing 787 Dreamliner (then known as the 7E7). Initially, three used passenger 747-400 aircraft were to be converted into an outsize configuration in order to ferry sub-assemblies from Japan and Italy to North Charleston, South Carolina and then to Washington for final assembly, but a fourth was subsequently 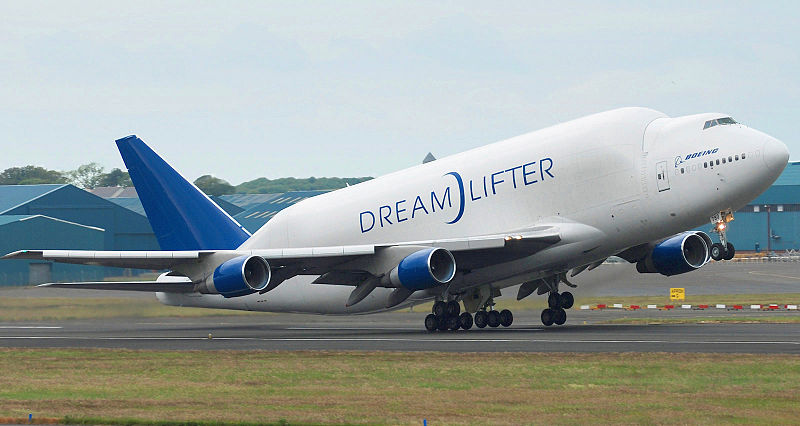 added to the program.

The Large Cargo Freighter has a bulging fuselage similar in concept to the Super Guppy and Airbus A300-600ST Beluga outsize cargo aircraft, which are also used for transporting wings and fuselage sections. It can hold three times the volume of a 747-400F freighter. The 747 LCF main cargo compartment has a volume of 65,000 cubic feet (1,840 cubic meters). Of the four 747 Dreamlifters Boeing planned to acquire, three were complete and operational by June 2008, and the fourth became operational in February 2010. 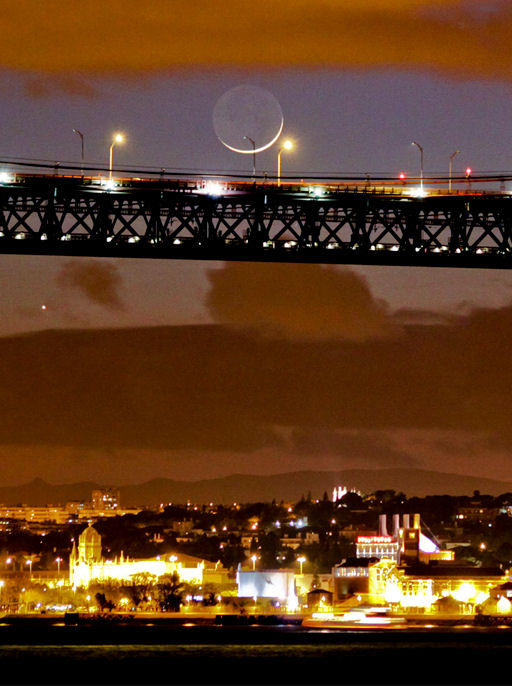 When the sun goes down tonight, step outside and look west into the twilight and you may see something similar to this image.

The slender crescent will be beaming through the twilight for the next few evenings.

This evening however, Tuesday 24th April, it will glide by Venus for a spectacular sunset conjunction.

You will also be able to see Jupiter (shown beneath the bridge in this image).

Hi All, It may have filtered through by now but if not, just a quick note to say that I have withdrawn from GFF representative of WFF.

For a few reasons I made the decision and last week dropped WFF HQ an email to inform them. I hope the new Committee that has been formed makes some serious changes to many things within WFF not least the hierarchy at the top who continue to make decisions without consulting the WFF group as a whole. This can only get better.

Max IK1GPG and Betty IK1QFM have been friends of mine for many years and I wish them success with their new project which I am sure will benefit all of the WFF community as a whole.

I have left some of the information on my website and it will stay there in the short term at least. Can I ask that if you have any logs that require sending for the Database then please send them Direct via the links on their website to WFF HQ pending any advice to the contrary from them.

Thanks to all of you who have supported me over the last few years as your help, activations and advice were most appreciated.

Dindo DV1UD logs are now uploaded to ARRL LOTW. Dindo is very active on the bands from Luzon island, Philippines IOTA OC-042. here are a few lines from him;

”I like CW, followed by digital modes and SSB. For contest I use N1MM logger, and DXLab suite for general logging. Ham Radio is one of my most satisfying hobby. I get to know people around the world, sometimes whose names I can’t even pronounce. I get to talk to strangers from countries I didn’t even heard of before. Thank you very much. 73 and mabuhay (long live) from the Philippines.”

If you hear Dindo on the bands then be sure to give him a call. Qsl Cards can be requested by other ways, see here for the details. Any queries regarding his LOTW qso’s pls drop me a line (contact M0OXO) 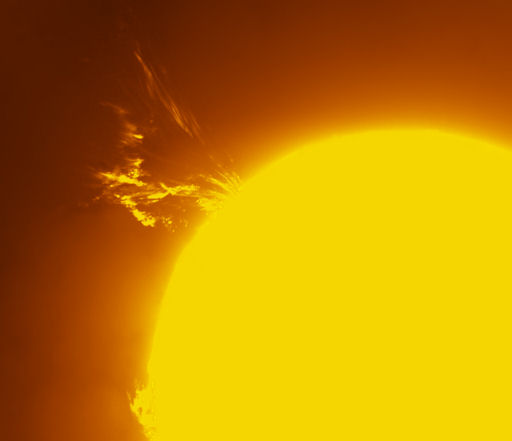 Magnetic fields on the sun’s northeastern limb erupted around 17:45 UT on 16th April,
producing one of the most visually-spectacular explosions in years.

Check out the new Callsign database and Lookup facility.
QRZCQ seems a very good system with most information available as on other sites.

April is the cruelest Month – NASA 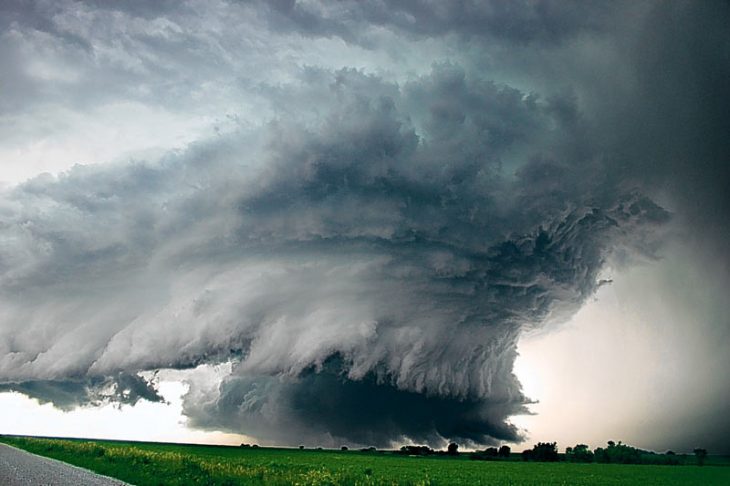 You might agree if you live in the southeastern United States.

Last April, a historic outburst of 202 tornadoes turned broad swaths of that part of the country into a disaster zone. “The event of April 27th and 28th 2011 was the costliest convective storm in U.S. history,” said Kevin Knupp, professor of atmospheric sciences at the University of Alabama-Huntsville. And he doesn’t just mean costly in terms of property damage — 316 people lost their lives.

Of the 202 twisters that day, 62 tore through Alabama (Photo above/left) where Knupp works. Ten of them were ranked EF 4 and 5 on the Enhanced Fujita Scale.  Three tornadoes churned paths more than 120 miles long, and a large number of the twisters cut swaths more than a half mile wide (Image below). Knupp saw the results first-hand, and he’s been studying them ever since. Aided by a team of graduate students and colleagues, he’s sifted through gigabytes of data1 collected by NASA and NOAA satellites and local ground sensors.   A year later, they have drawn some interesting conclusions.

One discovery was how rapidly an EF-5 spun up near the small town of Hackleburg, Alabama.
“The Hackleburg storm got its act together really quickly,” says Knupp.  This particular twister formed only 50 minutes after the underlying thunderstorm appeared. For comparison, the average time for tornado formation is 2 hours. The twister blasted through north Alabama with winds over 200 mph, killing 72 people.

Knupp’s team believes that something called a “thermal boundary” set the stage for the birth of the killer. 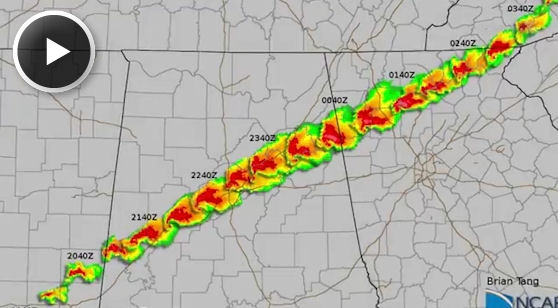 Cool, moist air on one side of the boundary formed a low cloud base –“kind of like a wall,” he explains.  Warm air from the storm ran into the wall and swept upward. Updrafts are a key ingredient of tornadoes.  In this case, updrafts as swift as 75 feet per second were recorded.

They also noticed that many of the tornadoes seemed to cluster in space and time.  Knupp offers the example of Arab and Guntersville, neighboring communities not far from NASA’s Marshall Space Flight Center: “16 tornadoes touched down in the area — 13 of them in a half hour period.” 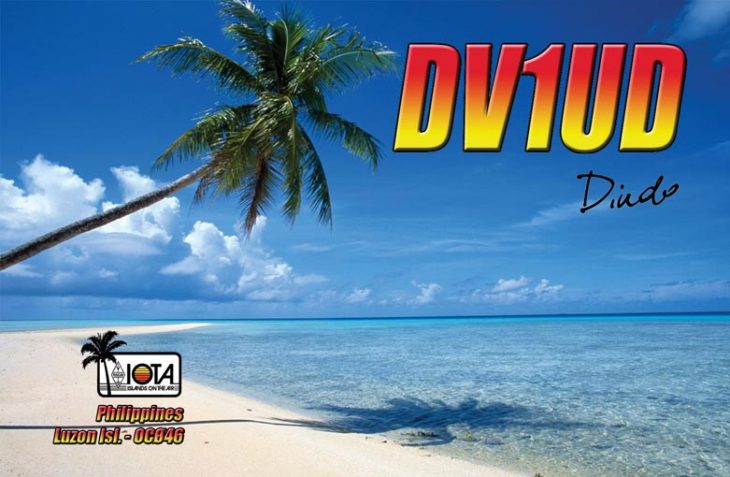 Qsl Cards for Dindo DV1UD are now at the UX5UO Print Shop.

I expect the cards to be a few weeks before they arrive but as soon as they are, Direct/OQRS will be processed within a few hours and bureau cards will follow.

Thanks for you patience guys es GL to Dindo!