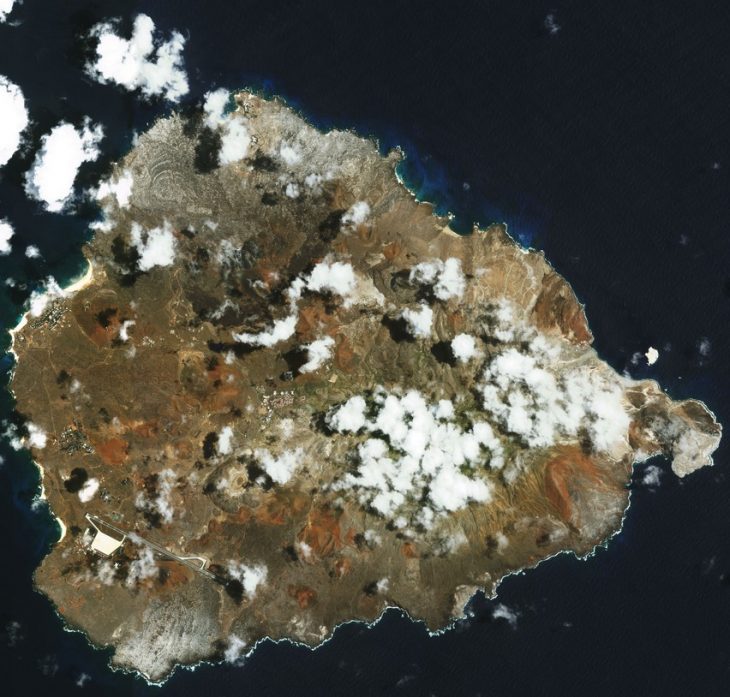 We’ll be active on 40m-10m, mainly SSB and CW. (Being equatorial, there’s little point in taking the extra weight for 80m, I’m afraid.) There may also be some WSPR operation overnight. The best time for the path to the UK is likely to be in the mid-mornings on 17m and 15m, or the mid-afternoons on 12m and 15m. We’ll be operating with Elecraft K3s.

We won’t have internet access at the QTH, but logs should be uploaded roughly daily to Clublog. The logs will also go on LoTW once we’re back, but we can’t apply for the LoTW certificate in advance as we won’t be collecting the radio licence until we get to Ascension.

QSL will be via M0OXO. This is the same Callsigfn used in previous trips by CUWS but new Qsl Cards to be printed for 2013 Dxpedition.

From the Kiwi DX Group;

”Here’s a sneak peak at our QSL card and the first ones should be on their way to operators all over the ham world in a couple of weeks.”

See more info by visiting the special website at http://zm90dx.com/news/zm90dx-qsl-card-preview.html 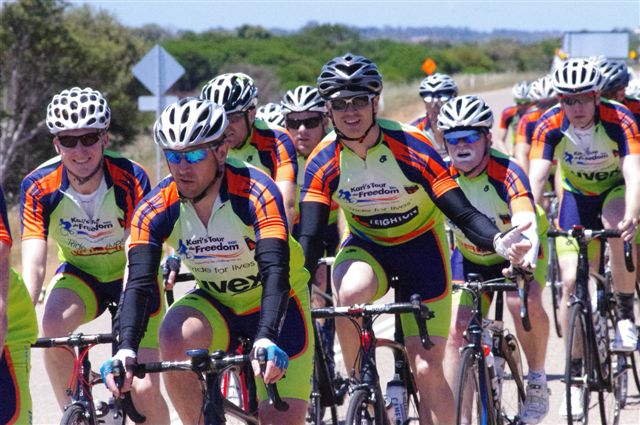 Special event station VK2013TDF is on air today until the 31st December 2013.

The event that takes place each year is organised around ”Kari’s Tour Of Freedom” Bike ride which aims to raise money for charity.

The Amateur Radio side of the event is run by the South Pacific Contest Club to raise awareness of the ride and the charity work surrounding it. More information can be found on this link www.tdf1000.org

Please be aware that my email address was hacked this afternoon.

I have not been injured or robbed in Manilla, The Philippines.

The email was malicious so if you received it please ignore it. Thanks to all the email and telephone calls I have received offering support, my apologies for the inconvenience caused.

By the way, I have lost ALL my email address book so if you don’t hear from me in a while, send me an email so I can retrieve your email addresses! 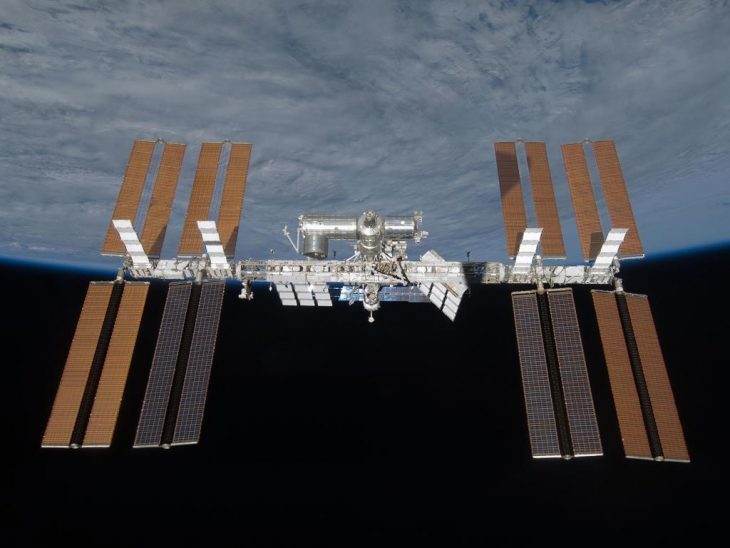 The International Space Station celebrated its 15th birthday yesterday, marking the day in 1998 when a Russian rocket lifted the first piece of what is now the largest manmade structure ever built in space. The station was built by the combined effort of five space agencies and is divided into two: the Russian Orbital Segment and the United States Orbital Segment, which is used by many countries. The station is used as a research laboratory conducting experiments in fields such as biology, physics and meteorology.

The launch of the module named Zarya (“Sunrise” in Russian) kicked off an unprecedented international undertaking to build the astronaut outpost one piece at a time. Five different space agencies representing 15 countries contributed to the project, and by 2000, rotating crews of spaceflyers were — and still are — living on the $100 billion International Space Station.

Today, the space station is about the size of a football field with roughly the same amount of livable space as a six-bedroom house. It ranks second only to the moon among bright objects in the night sky.

The module that started it all, Zarya, also known as the Functional Cargo Block (FGB), is mostly used for storage now. But initially it was intended to serve as a central node of orientation control, communications and electrical power as other parts of the space station were added, according to NASA.

The Photo shows the International Space Station backdropped by the blackness of space and Earth’s horizon as seen from Space Shuttle Discovery in March 2009.

Click here to take see a video of the history to date of the International Space Station.

Explosion Rips Open a Canyon of Fire on the Sun 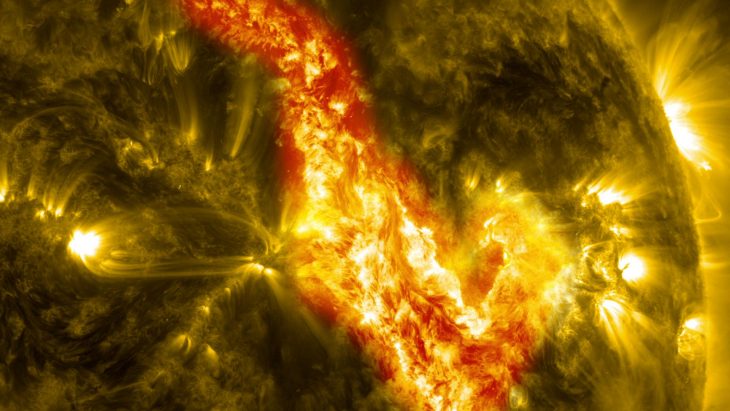 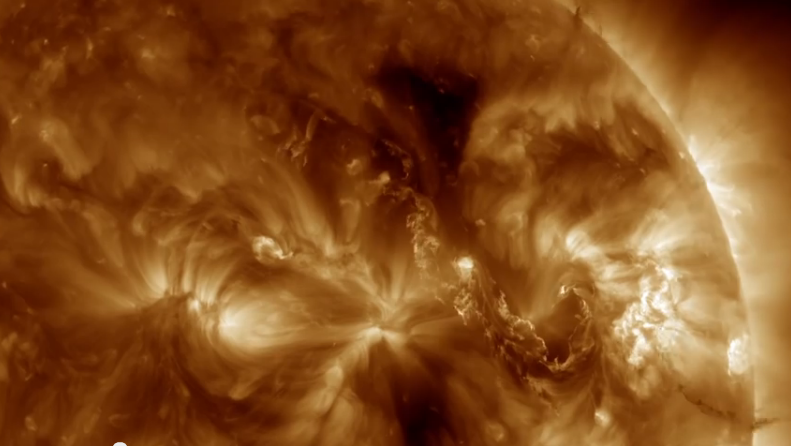 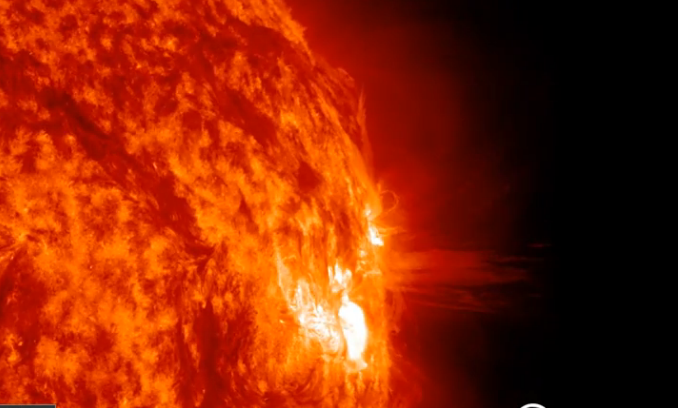 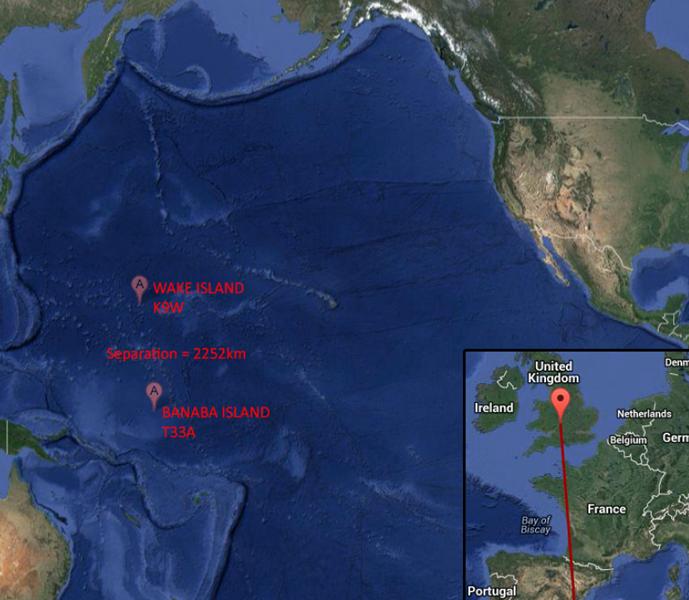 Observers around the world are reporting that Comet ISON brightened sharply last night and is now at the threshold of naked-eye visibility. By some reports, ISON surged in brightness by approximately 2 magnitudes over last 24 hours and is now brighter than comet Lovejoy.

If this trend continues, it will be a faint but easy naked-eye object by the end of the week, SpaceWeather reports.

The sudden uptick in brightness could be caused by a fresh vein of ice opening up in the comet’s nucleus. Rapid vaporization of ice by solar heat is a sure way to boost a comet’s visibility.

ISON’s brush with the Sun on November 28th is very near and many more of these brightening events might happen but all three scenarios for ISON are still open. The first possible scenario is fizzle – ISON evaporates under intense tidal forces and solar radiation. The second scenario is break-up – ISON breaks into smaller chunks.

The third scenario is what everybody hopes will happen – sizzle – ISON survives its brush with the Sun and emerges so bright it becomes visible on Earth in daylight. 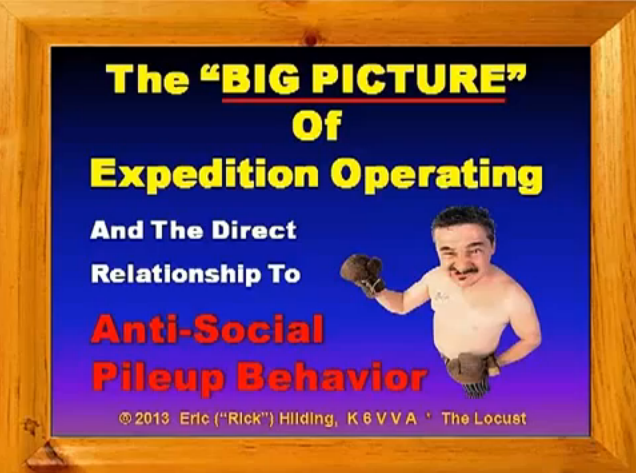 You may find this video interesting. It was made by Rick K6VVA ”The Locust” and enlightens us how we should operate and what we should strive to do with our operating to make it as effiencient as possible.

It also highlights how DXpeditions should operate and how their operators can make life a lot easier for themselves by adopting minor changes to their operating practices.

Clich the video to see the presentation. Thanks Rick !

The WORLD WIDE IRON HAM CONTEST is a unique world-wide contest intended to promote the multi-mode skill of the ham contest community in one single 24-hour period competition.

The GADX Araucaria Dx Group together with the majority of the Brazilian Contest and DX Clubs, based upon the success of the IRON MAN and some other multi-sports competitions, are sponsoring a different contest alternative where the competitors must use several alternatives to test their skills in different ham radio modes on all bands around the clock for 24 hours.

Click the logo top left to see the rules about this years event.