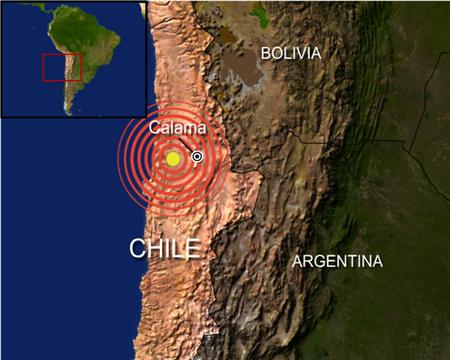 Chilean authorities are reporting that at least 122 people had been killed in an 8.8-point earthquake which also inflicted major damage on the South American country early this morning. As the extent of the damage around the country became more apparent several hours after the quake struck at 3:34 am (0634 GMT) some 90 kilometres north-east of Concepcion, it was feared the toll would go yet higher. Our good friends & fellow Hams David (CE2WZ) and his wife Linda are fortunately both OK.

”Following the earthquake we´re OK.  It was pretty bad here as well.  It struck about 4.00 and went on for nearly 2 minutes.  We left the house and it was like being in a boat going down the stairs.
The water in the swimming pool was whipped up with waves and racing back and forward.  There was a minor aftershock but it is now 8.05 am and electricity has been restored here.  It went off all night.
Some people left Serena Golf – we think they were people from Santiago who had been warned of the risk of a tsunami.  Fortunately there was no tsunami as the two local radio stations only played music and gave no information.

We wish you all good luck in the coming days David & Linda, our thoughts with you all. 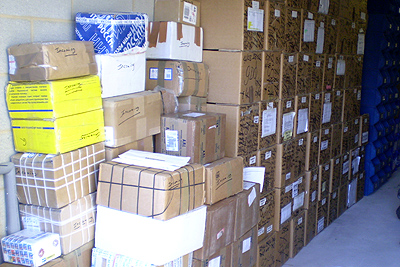 Alerted to this situation, the General Manager and members of the Board undertook their own investigations, including a personal visit by the General Manager to the RSGB QSL Bureau, currently managed under contract by Richard Constantine G3UGF. It is apparent that Richard has been on a steep learning curve since taking on the bureau and his early focus was on fixing some longstanding issues with the sub-manager network, and the distribution of incoming cards.

With regard to outgoing cards, shipping costs, at the start of the year had already begun to rise sharply. Costs outside the EU began to rise more than could have been reasonably predicted, due to the worsening economic situation. This could not have occurred at a more inopportune time, when the bureau was turning its attention to building up the overseas distribution. By the first quarter costs had risen 25%, with no sign of slowing, and the Board was made aware of concerns. The bureau’s main provider pulled out of several destinations, including , and other ex-Soviet destinations, also increasing costs to Europe and the .  In the second and third quarters  the bureau had to  use several different companies and routes, including costly personal air mail, shopping around for each dispatch, in order to maintain service , whilst trying to find another long-term partner, prepared to offer trade distribution rates.

This proved to be an extremely frustrating period as all carriers appeared reluctant to take on new business and prices changed per shipment, against the value of the pound. Increasing the average weight to popular destinations, from 10kg to 25 kg, brought some short term cost savings, but did not resolve the issue. However, even with additional sorters it became apparent that whilst the bureau’s remit is not to be the quickest way to send a QSL card, only the most cost effective, that increasing the package size to gain a cost saving would not ultimately meet some user expectations and that delays would continue.

It also brought the bureau into conflict with Customs in certain countries as they refused to accept large shipments as non-commercial, printed paper, imposing customs charges. Fortunately, by the last quarter, it was possible to find another provider, capable of distributing to all IARU destinations. Costs were significantly reduced and volumes began to increase in the final quarter and have continued into the New Year. The bureau is now more positive that it can continue to stay within its budget, having shipped approximately 400,000 cards by weight, over the last year. This being 25% down on its own internal projection. The position has been recovered and provided that there are no more shocks to come in the wider economy, there is now a stable platform on which to build in 2010. More importantly for RSGB QSL Bureau users, Richard has agreed to produce a monthly report for RadCom, starting in the April edition, covering RSGB QSL Bureau and listing recent shipments.

The Society regrets any problems with the bureau, whether real or perceived. While the RSGB QSL Bureau is no substitute for direct mail, it is a valuable membership benefit to many. It should be emphasised, incidentally, that intra-UK cards have been flowing freely throughout. It is unfortunate that there continue to be some abuses of the Bureau, for example by members sending cards on behalf of overseas friends who are not members. Indiscriminate QSLing by some contest groups and special event stations have also served to slow down the overall flow of cards.

Any questions relating to the RSGB QSL Bureau should be emailed to Richard at QSL@rsgb.org.uk but it is hoped that the regular bulletins in RadCom will help to reduce his correspondence and give him and his team more time for getting those cards through. 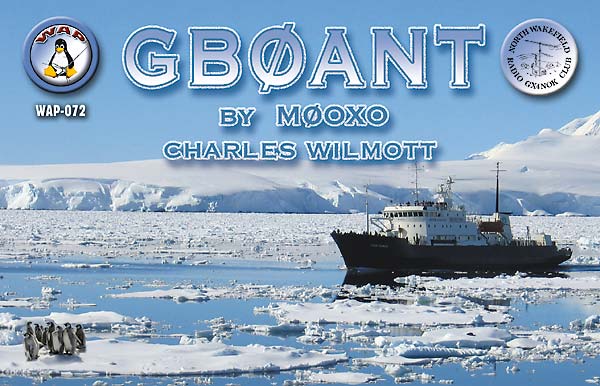 GBØANT kicked off on Monday the 15th, a week earlier than Antarctica Activity Week (AAW) officially starts. The good propagation meant that we were able to devote time to the higher bands for a change and good pile ups were evident this Year.

John (G4RCG) started early Monday morning on CW (his last stint on 40M producing some VK’s) and i had a play later that afternoon. The same routine took place yesterday (Tuesday) and CW, SSB and Digital modes were good. We were joined by Ian (M0IAA) in the afternoon and he had a great run on 15m to Asia with many YB stations in the log. I have to say that band conditions took a turn for the worse in the late afternoon and activity was well down on previous days, the SFI numbers not favourable at all. A move to 17 & 20M gave Ian a good run to the USA and then he took a severe beating from EU before calling it a day and having worked over 100 stations in his session.

Three days in and the total stands at just over 550 Q’s, a good start to 2010 with another 10 days of the event still to run. Check out more about the event under ‘Special Callsigns‘ in the menu to the left. Thanks to all operators and callers and please remember, apply for your Bureau Qsl Cards on line to save time.

Band condx looking up again with the rare sight of Sunspots? How long will it last?

Tnx CDXC & ClubLog Members for several new ones. Michael G7VJR in the log 3 slots as VP8DMN from Port Stanley, Falklands, and Nick G3RWF for two new slots as 5X1NH in Kampala, Uganda.

”More than 3000 QSOs on february 11th, more than 8000 in total. The rate is good (and our mood, too !) Thanks to all who call us, we look forward to contact you ! QRM is weak here, DO try to call us if you hear us !80 meters worked very well last night, with 900 QSOs. 160m was harder than previous night. 30m works well, opened to EU between 16 and 17Z. We had a good opening to EU on 17m (spiderbeam), at the same time we also were on 15m for EU (with the 40m vertical !) Nigel installed a 12/17m vertical, we’ll be able to operate 3 stations simultaneously, even during the day. We don’t know yet if we will take part in CQ WPX RTTY, as our main goal remains to favor the low bands.” 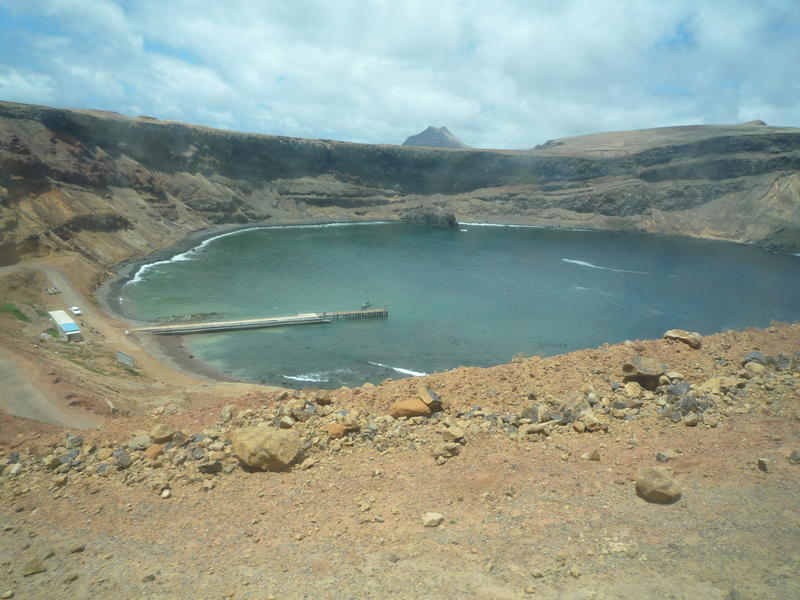 Preceding these contacts were several others such as XR0ZA on Robinson Crusoe Island, Juan Fernandez (foto right) and three new slots with the team on Fernando De Noronha off the coast of Brazil. Another new one was Mike R1ANP down in Progress Bay Research Station on Antarctica  (foto left) who is currently qrv on most 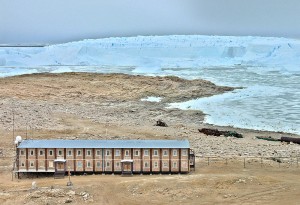 All in all conditions looking up with great openings to Nth & Sth America on 15M and even VK’s again on 12. 40 & 80M have also been good with regular openings to the Pacific.

Have you ever thought about uploading your log allowing others to search it on-line? It’s now quite a popular tool in the hobby of Amateur Radio. Not only is it used for personal logbooks but most of the big DXpeditions now allow the facility to Log Search their logs many within a few hours with regular uploads and others when the Dxpedition or activity has ceased.
There are several available 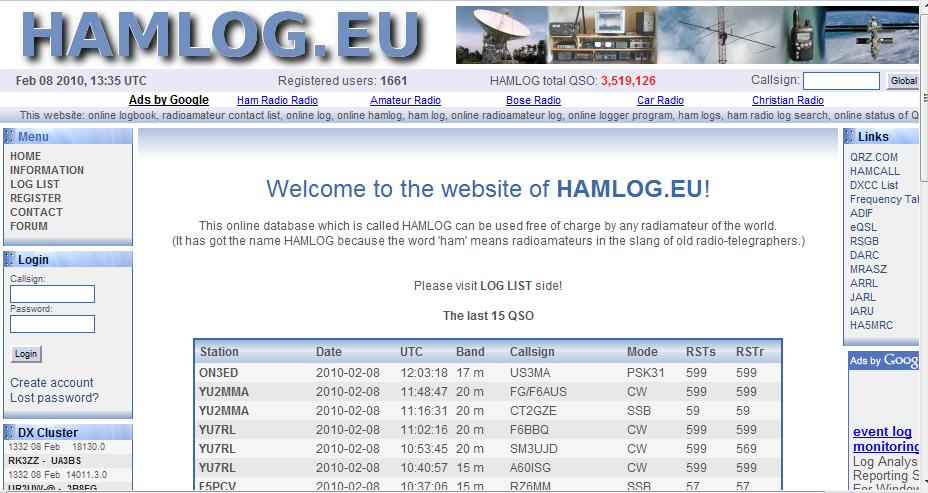 to choose and you can either search the logs directly on line or add the facility to your own website where again you personal logs can be seen. Just one example is that of ‘Hamlog EU‘.

Have a look at the link to find out more and maybe do a more extensive search for other on-line logs and see which is best tailored to your needs!

MMØDGR/p will be operating from the Loch Lomond National Nature Reserve (GMFF-046) on Saturday, 6th February, 2010.

Loch Lomond National Nature Reserve (GMFF-046) lies in the southeast corner of Loch Lomond, in the southern part of the Loch Lomond and Trossachs National Park (GMFF-002). This portable expedition gives you two WFF reference numbers GMFF-046 and GMFF-002 simultaneously. The Reserve includes some of the woodlands for which Loch Lomond is renowned, including the wooded shores on the mainland and on the islands of Inchcailloch, Clairinsh, Torrinch, Creinch and Aber Isle and the wetlands at the mouth of the River Endrick.