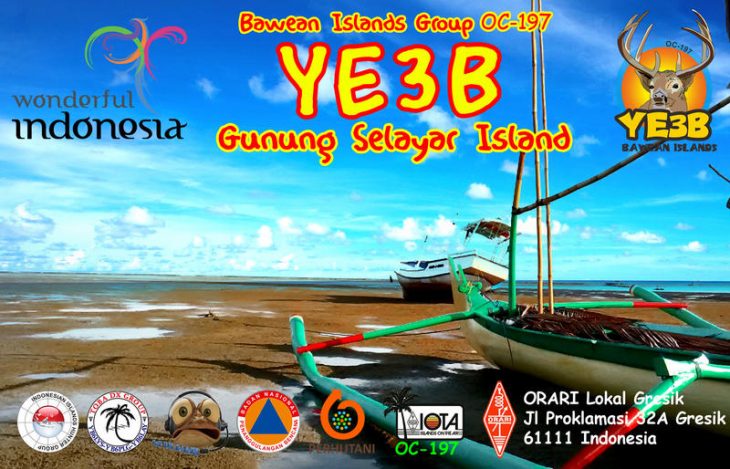 Thanks to Adhi YB3MM for the latest incoming cards for my IOTA chasing!

All these cards had been requested by OQRS, the safest and fastest way to receive Qsl Cards nowadays in my opinion of course. 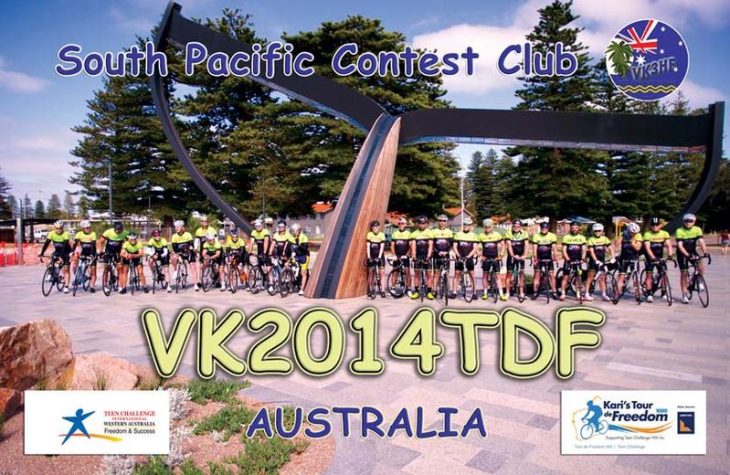 the Callsign is qrv until the 1st November 2015 and Qsl Cards are already available via M0OXO.

Please DO NOT send cards via the Bureau, they will NOT be received. Please use Direct Mail or M0OXO OQRS for all requests. Thank you. 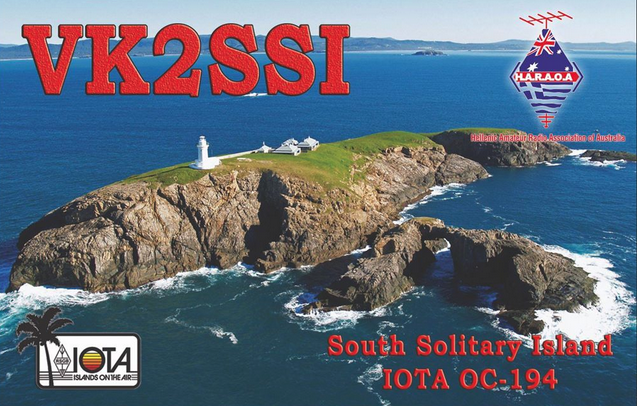 Very pleased to get this card in the collection yesterday. VK2SSI IOTA OC-194, the very rare South Solitary Island was activated earlier this year by the group of 6 operators from VK.

The lighthouse is located at the summit of the island. It is considered the most isolated lighthouse on the New South Wales coast. It was first in New South Wales to use kerosene over colza oil, and the last to do so before converting to electric power. 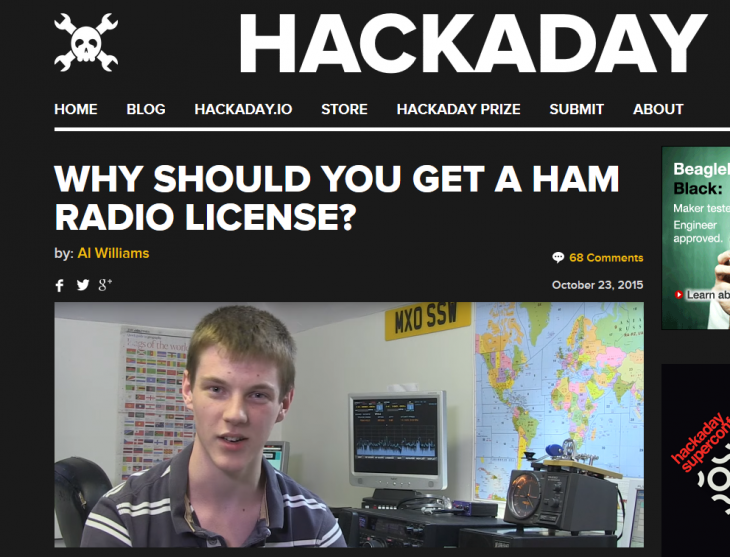 One thing we noticed they showed but didn’t say a lot about, though, is the educational opportunities. You can learn a lot, and working with kids to help them learn is often very rewarding (and you usually learn something, too). Just to forestall the comments that this post isn’t hack related, we’ll note two things: there is a Raspberry Pi shown and just past the two-minute mark, there is a very clever hacked together Morse code key.

We talk a lot about ham radio, ranging from Arduino-based digital modes to putting together portable stations (you can see a similar one in the video, too). One other thing we noticed they don’t mention: it is generally much easier to get a license today than ever before. Most countries (including the United States) have abolished the Morse code requirements, so while some hams still enjoy CW (hamspeak for operating Morse code), it isn’t a requirement. 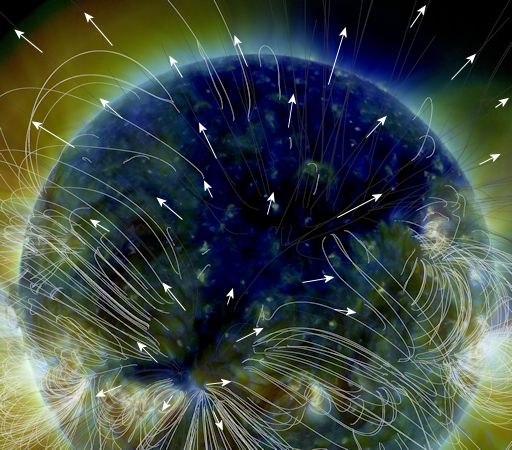 As reported in Spaceweather.com ; A gigantic hole in the sun’s atmosphere has opened up and a broad stream of solar wind is flowing out of it. This is called a “coronal hole.” It is the deep blue-colored region in this extreme UV image from NASA’s Solar Dynamics Observatory.

For much of the next week, Earth’s environment in space will be dominated by winds flowing from this broad hole. This should activate some beautiful Arctic auroras. NOAA forecasters estimate a 65% of polar geomagnetic storms today as Earth moves deeper into the solar wind stream.

The Future Of IOTA

2.    “I am delighted with the news announced by the RSGB about the future of IOTA – that, following the initial statement of intent last year, terms of agreement have been fleshed out for the programme to be run by a new body in partnership with the RSGB. This new body will take the form, we hope, of a Foundation Charitable Incorporated Organisation, with the name Islands on the Air Foundation (IOTAF). It will be a separate legal body. I have to thank the RSGB Board for acknowledging that the future sustainability of IOTA is of paramount importance to thousands of amateurs worldwide and that this must be the overriding consideration. Why the change? IOTA has risen from a niche programme to one that is mainstream and second only to DXCC as the international driver of activity on our bands. Increasingly, serious IOTA-watchers saw that the programme needed to be allowed to spread its wings, particularly to have control of its finances and to draw on the pool of overseas helpers in its management. The decision now to embark on the paperless QSLing project, a significant project with many challenges, provided the necessary stimulus for bringing in the change and for making it in a timely way. On Sunday morning at the RSGB Convention, Johan, PA3EXX, our IOTA IT Project Leader, gave a progress report on the project. He explained that the initial technical design papers have been written and that implementation work will start shortly. We envisage a launch in Spring 2017 after the annual update exercise although we will try to make it sooner. Looking back I should like to thank all who through many years helped IOTA to grow, and the RSGB Board for trusting us with this significant change. From the Foundation’s side, we look forward to a harmonious and successful partnership with the Society in taking the programme forward.

Following the RSGB Board decision at this weekend’s RSGB Convention we can now move to formally setting up the new organisation. This may take a few months. The exact format may undergo some changes but we can say that, once launched, it will have full control of IOTA management, finances, budgeting, IT, strategy, promotion and marketing. The programme remains owned by the RSGB. I cannot go into further detail at this stage but I am sure that you will agree that the immediate future presents a number of challenges. Over the years I have received a number of offers of help with management most of which I was not able to call in because strategic decisions were awaited. If any of you feel that you can help in a particular area (maybe an additional area to what you are already doing!) or know someone in IOTA who is keen to help and would be an asset, please let me know. As the situation develops, we will keep you informed.

If you wish, you may publish the text of the two website notices above. However, please be careful not to stretch your interpretation of the notices beyond what they say!

Looking forward to a new horizon. 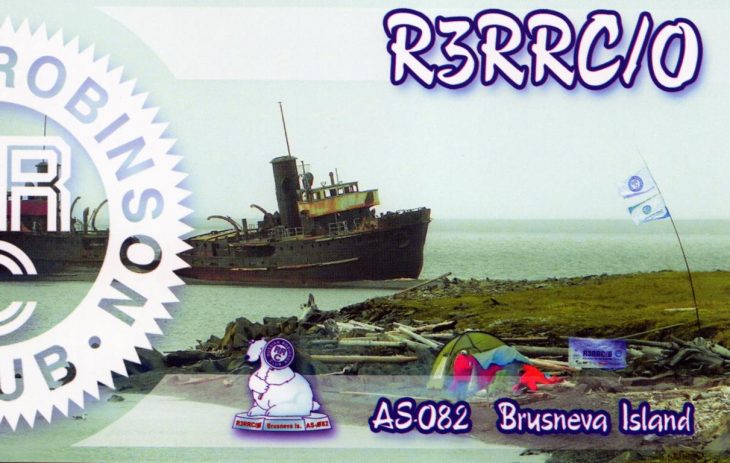 Also received today was the card from the Russian Robinson Club for their recent activation of AS-082 also during the IOTA Contest 2015.

The team of 6 RRC Members activated Brusneva Island in the high Artic as R3RRC/0 for a very rare one indeed.

Brusneva Island, is a small island in the Laptev Sea. It is located off the eastern side of the Lena delta in the Tiksi Bay, only 5 km ENE of Tiksi. Its length is 2.3 km and its maximum breadth less than 1 km.

Thanks to Eugene RZ3EC for the fast dispatch of the beautiful 4 sided card. 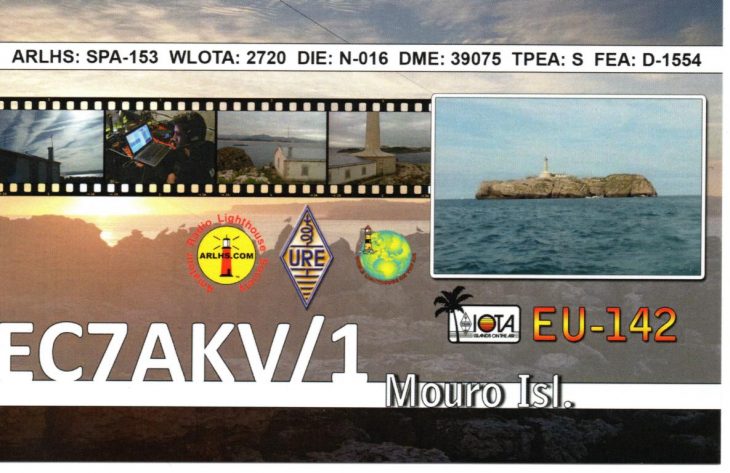 Qsl Card arrived today for the recent activation of EU-142.

Mouro Island was activated by the ED1M Team as EC7AKV/1 during the 2015 IOTA Contest and was one of the last few remaining EU IOTA’s i needed.

Needless to say I was very pleased to receive the Qsl Card today.

Thanks to the team! 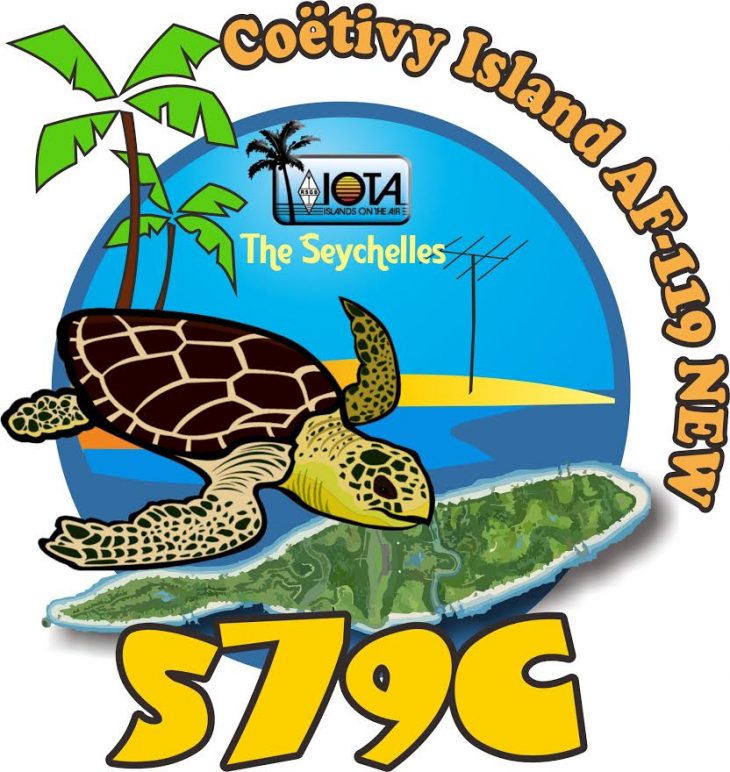 During early July, plans started to firm up for a DXpedition to Coetivy Island AF-119NEW. Such was the interest in this project, our experienced team was in place within moments of invitations going out to join this exciting island activation.

In a little over 6 weeks from now, the S79C team will be on air from the South Indian Ocean looking to work as many uniques as possible. Planning and logistics are now complete and we’re confident of giving out this new IOTA group to many.

We are deeply encouraged by the level of support, both individually and through organisations who realise this IOTA activity is not a holiday style operation, but rather to a remote destination hundreds of miles from anywhere. Our aim is to work all corners of the globe using a combination of verticals and hexbeams placed near the waters edge. This November timeframe was chosen to maximise propagation paths to all geographical areas. We want your QSO!

Our most difficult path from this brand New IOTA group is to West Coast North America. Special attention will be given to this area as we realise that even regular S7 is still much needed – # 53 most wanted DXCC infact! We are puzzled, however, that to date, all groups and organisations contacted from this area have refused our funding requests. Nonetheless, we will focus on this tricky path during peak propagation times. Let’s remember the ‘forgotten West Coast’ .

Such is the extreme expense of activating this brand new IOTA, we appreciate every single donation being made. We urge those considering to donate to please do so before, during or after our DXpedition. Remember, advance donors will be rewarded with a free QSL (see http://af119new.com/donate)

Just before we leave our homes in mid-November we will issue a last minute update. In addition, twitter @af119 will be in use as we journey to Coetivy island. Please see http://af119new.com for latest information.