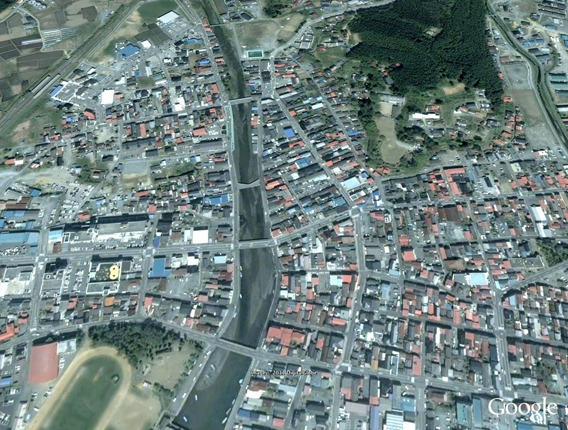 Ken JA1CJP quoting local news sources said, “The situation is getting worse.
On March 15, police announced that 2,414 people have been killed (up from
1,627 24 hours earlier) and 3,118 are reported missing (about double in the
same period).

“Some 55,380 houses/buildings were damaged by the earthquake and 3,000
houses washed away by the tsunami.”Thousands of bodies are reported to have been found on the coast of the tsunami suffered area,” he said. A Miyagi prefecture source says that the death toll will be in the order of ten
thousands in that prefecture alone.

Rescue teams have arrived and started their activities in the affected areas. They came from many nations including Korea, Singapore, New Zealand, China, USA, Germany, Switzerland, Australia, United Kingdom and Russia.

The 8.9 on the Richter scale quake hit off north-eastern Sendai durning the late afternoon on Friday March 11, and triggered a ten-metre tsunami. At the request of Central Emergency Communication Committee, Ken JA1CJP, the IARU Regional 3 Secretary, said the JARL is operating its HQ station JA1RL in Tokyo, and regional HQ stations.

Earlier it was reported that JA1RL was using 7 MHz SSB, 144 MHz SSB/FM and 430 MHz SSB/FM. He said, “Many other radio amateurs are thanked for providing information and exchanging support to the rescue and disaster
relief operations. Those who can operate in the affected areas are providing a lifeline for rescue teams and those at local shelters. Some stations are operating with car batteries and others with engine generators.” 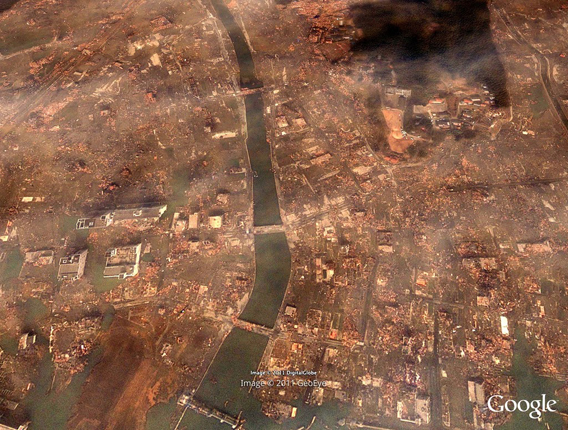 Ken JA1CJP said, “Another problem is the nuclear power plant where the water
supply system failure caused overheating of the nuclear fuel bar. That
causes some radioactive gas release from the plant and people have been
evacuated from the surrounding area.”

Many other stations are active and are using various frequencies including some battery powered and others using small generators to exchange rescue and disaster relief operation information with JA1RL and others.

I think everyone’s thoughts this week go out to the Japanese Nation.

Images (courtesy of Google) above show before and after shots on Minima Sanriku, one of the worst affected areas.