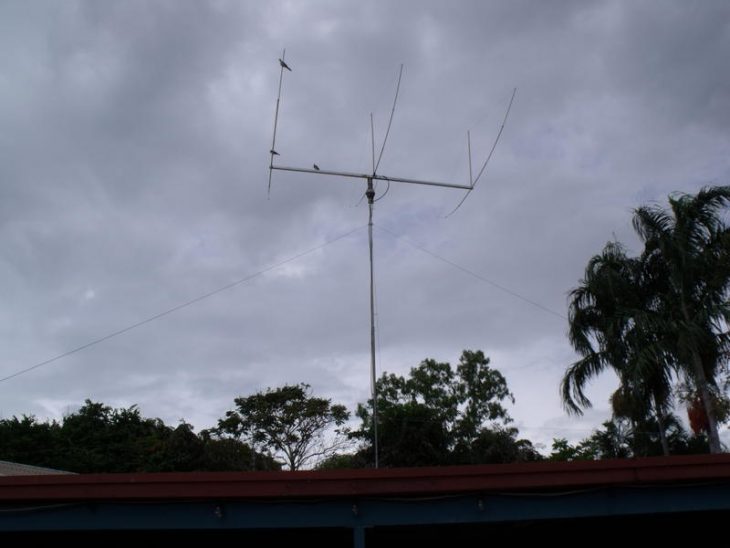 Conditions still remain good but from one day good to one day bad. 10/12/15 metres have been the bands to watch of late with very good propagation to the Caribbean and also to the Far East. As well as several JA, BY and VK on 15M, I worked my first JA on 12M along with JT, VU, ZS & D2 on 10M.

The Band on 10M was well open by 0900UTC and VK stations were very abundant. After several qso’s with VK4, I managed to work Stuie VK8NSB in Darwin, cracking signal here and made all the more interesting by watching his live internet feed, (watching the qso through the internet whilst at the same time talking on 10m), amazing.

Shortly afterwards I heard Brendon VK8FQRP calling again on 10M, calling from Wanguri in the Northern Territory of Australia. His RST was 59 down to 57 with QSB and in return I received 59. Brendon was running 10 watts into a 3 element Quad (Photo above) as opposed to my 400w into the 2 element SteppIR. Brendon then suggested a qso with 1 Watt, just to see if we could make it and I obliged. I turned my power down as low as possible (FT1000MP around 3-10 watts?, difficult to measure accurately) and Brendon returned with 1 watt. He still had a 4/1 signal into my QTH, quite remarkable, even more so that it happened on 10M SSB!