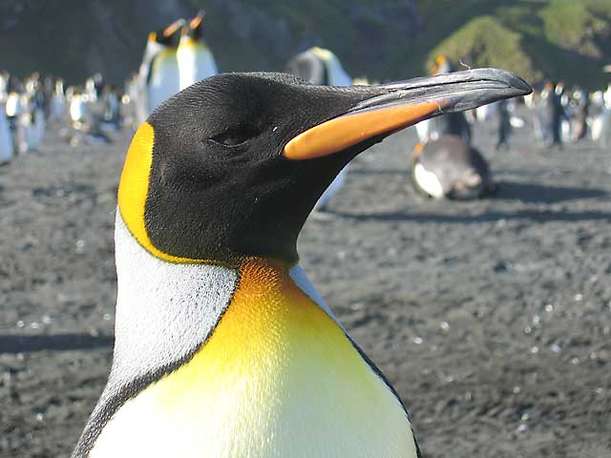 (International Polar Year and this event have now finished. Qsl Cards for
contacts with GB4IPY are still available )

The Official Opening Ceremony to launch International Polar Year 2007-2009 will take place at the Palais de la Découverte, a famous science museum in central Paris. The event will start at 11.00 Central European Time (CET) with a press conference, followed by a buffet lunch. The co-sponsors of IPY, the International Council for Science (ICSU) and the World Meteorological Organization (WMO) are hosting the event. A detailed programme will be available in January

IPY, organized through the International Council for Science (ICSU) and the World Meteorological Organization (WMO), is actually the fourth polar year, following those in 1882-3, 1932-3, and 1957-8. In order to have full and equal coverage of both the Arctic and the Antarctic, IPY 2007-8 covers two full annual cycles from March 2007 to March 2009 and will involve over 200 projects, with thousands of scientists from over 60 nations examining a wide range of physical, biological and social research topics. It is also an unprecedented opportunity to demonstrate, follow, and get involved with, cutting edge science in real-time

Above – In early January 2005, it appeared that the B-15A iceberg was on a collision course with the Drygalski Ice Tongue, the floating portion of a glacier flowing off the Scott Coast of Antarctica and into the Ross Sea. Scientists and amateur Earth-observers checked satellite images of the region each day to monitor the northward march of the berg and to witness the impacts. Would it be just a fender bender, or would the ice tongue shatter under the impact of the oncoming berg?

However, in mid- to late January, the berg’s forward progress appeared to have literally ground to a halt on the floor of the shallow coastal water, having come within just a few kilometers of collision with Drygalski. This image, acquired by the Terra MODIS instrument on February 7, 2005, shows just how close the two icy giants came to each other. The Drygalski Ice Tongue points eastward from the upper left portion of the scene, while the B-15A iceberg lies at a southeastern diagonal at image center. Between these two and the coast is a field of trapped sea ice that under normal circumstances would have broken up and drifted off to melt in the Ross Sea at upper right

The tranquility of this Continent is amazing and having scenes like this surely make us want to preserve it as long as possible. Maybe things will c hange only a little in our lifetimes but for our Children and future generations, its a far more worrying prospect

Above – Falling temperatures in the Southern Hemisphere mean growing ice in Antactica’s Ross Sea, as shown in this true-color Aqua MODIS image from March 21, 2005. Sea ice continues to be blocked in McMurdo Sound by the B-15A iceberg, while the ice is now extending out into the open sea, hiding the deep black waters. Between B-15A is the oblong C-16 iceberg, which is to the left of the round B-15J iceberg. C-16, along with B-15A, is responsible for blocking much of the ice in the Sound

Finnish researchers are currently doing research on a BLUE ICE (see below) AREA about 200KM from Aboa, the Finnish Researh Station. The main goal of the Expedition is to collect approx. 500-1 metre long horizontal ice cores for climate history studies. The ice cores will be analysed for Finnish Ions. Other experiments will look at the dust content and electric conductivity of the ice using different methods such as Lasers

What is Glacial Blue?

Blue ice occurs when snow falls on a glacier, is compressed, and becomes part of a glacier that winds its way toward a body of water (river, lake, ocean, etc.). During its travels, all of the air bubbles that are trapped in the ice are squeezed out, and the size of the ice crystals increases, making it clear.

The blue color is often wrongly attributed to Rayleigh scattering. Actually, the ice is blue for the same reason water is blue. Namely, it is a result of an overtone of a OH molecular stretch in the water which absorbs light at the red end of the visible spectrum

The UK will be celebrating the launch of IPY with a special event at the Royal Society. A press conference will be followed by an official opening by Royal Society president, Lord Rees, a guest presentation by HRH the Princess Royal and presentations by leading polar scientists. Messages from the poles and supporters of IPY will be shown

Above – shows the Klyuchevskaya volcano on Russia’s Kamchatka Peninsula erupting on March 24, 2005. On top of both Klyuchevskaya and Sheveluch, its northern neighbor, the Camera detected a thermal hotspot over the crater, an indicator that molten rock is near or on the crater’s surface.

Above – Elephant’s Foot Glacier. At around 81° N along the east coast of Greenland. The grey zone at low elevation is the ablation zone incised by meltwater channels, clearly separated from the white surface accumulation zone higher up

Above – Russia’s Kamchatka Peninsula, called the land of glaciers and volcanoes, is home to two erupting volcanoes: Klyuchevskaya and Shiveluch. Both are on the central eastern side of the peninsula, with Shiveluch to the north, and Klyuchevskaya to the south. This MODIS image shows the entire peninsula, and was acquired on March 8, 2005. Klyuchevskaya’s eruptions have been intense – the lava and explosions are rapidly melting large sections of Eherman Glacier, and the volcano is sending “volcanic bombs” hundreds of meters into the air. Volcanic bombs are pieces of lava larger than 64 mm (roughly 2.6 inches) in diameter.

Right – The largest remaining piece of one of the largest icebergs ever observed began to crumble on October 28, 2005, after running aground off Antarctica’s Cape Adare. The B-15A iceberg is the main body of the B-15 iceberg, which broke from the Ross Ice Shelf in March 2000. When it first formed, the massive berg measured 270 kilometers long by 40 kilometers wide (170 by 25 miles), making it about the size of the state of Connecticut. By November 5, 2005, the berg had dwindled to a still respectable 110 by 20 kilometers (70 by 13 miles).

This is not the first time that B-15A has shed pieces. Several pieces broke off between 2000 and 2005; but unlike previous events, the iceberg broke in several locations in October 2005. The Moderate Resolution Imaging Spectroradiometer (MODIS) sensors on NASA’s Aqua and Terra satellites captured the iceberg’s break-up in the above series of images. On October 27, there was no sign, no faint cracks or lines, that indicated that the iceberg was under stress. But a few hours later, MODIS captured the upper-right image, showing that two slivers (the largest of which merited its own name, B-15M) had broken from the berg. By November 1, the lower-left half of B-15A had broken away to form B-15N, and several smaller pieces had been chiseled off both sides of B-15A.

The currents that pulled the iceberg apart tugged B-15A around Cape Adare, leaving its daughter bergs behind. On November 4, the shrinking berg was moving out of the Ross Sea on the East Wind Drift, an ocean surface current that circles Antarctica counterclockwise. The iceberg’s departure was, no doubt, a relief to denizens of the Ross Sea region. From 2000 to 2003, the iceberg lurked off Ross Island, the location of the U.S. Antarctic Program?s McMurdo Research Station. In 2004, the berg began to drift north, trapping sea ice in McMurdo Sound. The excess sea ice stranded penguins, who could not reach open water and return with food for their young. The shifting berg also made planning a shipping route through the ice to McMurdo Station difficult.

Below – Aurora over the Mars Base

Denmark, the Faroe Islands, Greenland and Iceland will join forces in celebrating IPY. VIPs from the four countries, including His Royal Highness, Crown Prince Frederik of Denmark, as well as researchers and the public will participate in the event. The program includes popular science talks, entertainment and a polar exhibition at the North Atlantic House in Copenhagen

Above – beautiful shot of the Alaskan Peninsula. In this spectacular image from November 7, 2001, the skies are clear over Alaska, revealing winter’ advance. Perhaps the most interesting feature of the image is in its center; in blue against the rugged white backdrop of the Alaska Range, Denali, or Mt. McKinley, casts its massive shadow in the afternoon sunlight. At 20,322 ft (6,194m), Denali is the highest point in North America.

Above – Colour photo of South Georgia Island on the 8th of August 2002.

An interesting pattern of clouds swirls around South Georgia Island in this true-color MODIS image acquired August 8, 2002. This tiny, isolated island is located in the South Atlantic Ocean and is covered in winter snows. Closer inspection of the image reveals what may be a phytoplankton colony off in the waters surrounding the island. Many phytoplankton species thrive in cold, relatively low nutrient waters such as these. Sunlight reflecting off of the chlorophyll in the phytoplankton causes them to appear blue-green.

Low-lying clouds surround the tiny island and reveal wind currents and pressure systems that are normally invisible to the human eye. In this image, wind is blowing northeast, creating a higher-pressure bank of clouds along the island?s southwest coast. The island itself acts as a wall, forcing most of the winds to move around it instead of straight over. On the other side of the island the pressure is much less, allowing for the tiny bit of clear sky that shows the phytoplankton and ocean. However, the momentum of the wind?s movement causes it to curl back inwards towards the island center, drawing with it the clouds to make a heavy peninsula.

Below – Sea ice, sediment, and phytoplankton abound in this true-color Terra MODIS image of Foxe Basin acquired August 1, 2002. Foxe Basin separates Baffin Island (right) from Nunavut Canada (left) and is separated from the Hudson Bay by Foxe Channel (bottom). Toward the middle right edge of the Basin is Prince Charles Island. Prominent in the image are large amounts of melting sea ice that create peculiar patterns and textures. Many of the islands and shorelines seem to have glowing turquoise haloes. Most of the haloes are due to sediment and silt in the water reflecting sunlight, but some farther out in the water is likely due to the presence of phytoplankton, which thrive in cold, nutrient-rich waters such as these. The chlorophyll in the phytoplankton reflect the sunlight and appear blue-green in color.