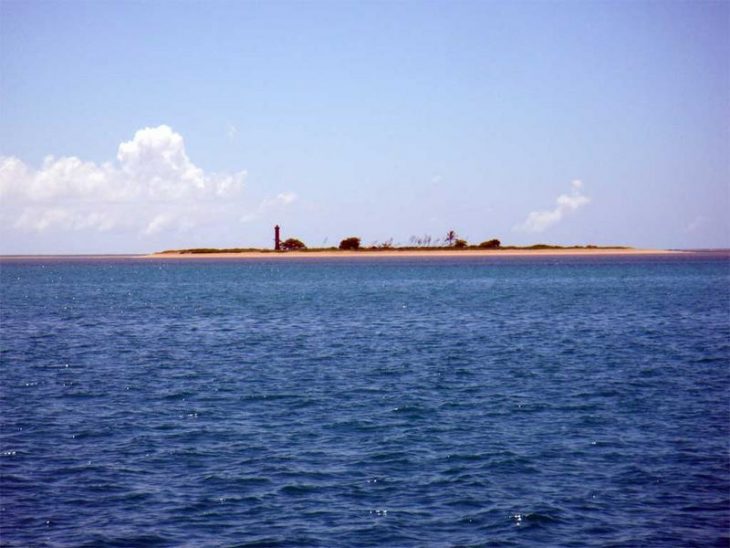 As mentioned to us at his recent presentation at Silcoates School in Wakefield, Mike McGirr (K9AJ) is now Qrv on the dxpedition to Coroa Vermelha Island in South America as PW6C.

The IOTA group SA-062 is composed by two islands: Coroa Vermelha Island and Coroa da Barra Island. These close by islets are situated on the coast of Nova Viçosa, State of Bahia. Coroa Vermelha, the biggest island, is located about 10 nautical miles from the coast.

This island is formed mainly by sand banks which form small beaches in the middle of the atlantic ocean. These sand banks are rounded by coral reefs, and in low tides are formed natural pools with very good places for scuba diving.  The second island is just a small coral reef that only appears above the ocean on certain periods of the year, and is called Coroa da Barra Island or Sebastião Gomes Reefs as known by some natives.

The IOTA SA-062 Group is the actual 6th most wanted IOTA group in South America, and 2nd most wanted in Brazil.

This DXpedition will be qrv until November 17, by a group of 6 operators who will deal with around the clock operations giving the world wide IOTA community the opportunity to confirm this rare IOTA group.