An Ulsterman on the air in Chile 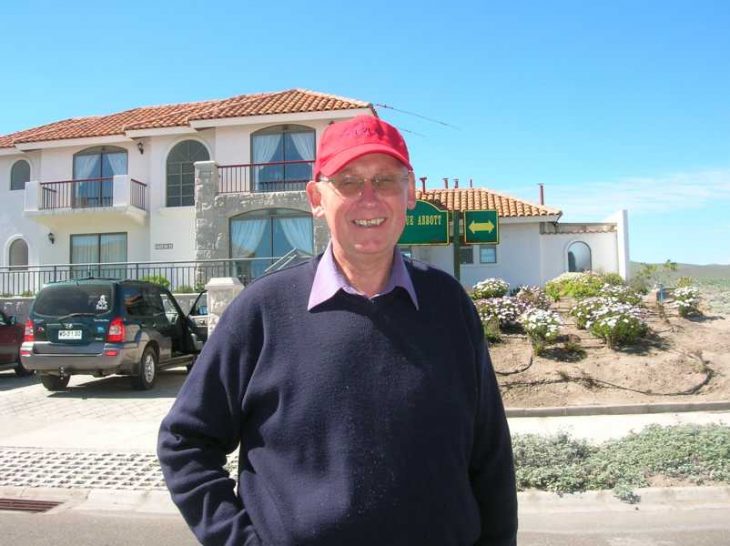 I bought my first rig a TS130 and got on the air with a dipole.  In came stations from all over the globe though mainly from USA.  I made some good friends on the air and one of them, Keith G4RZQ, became my QSL manager.  I also acquired an Elmer in the form of Dick CE3DWL, an American also living in Santiago.  Nightly he transmitted to me in CW on 10 metres as I prepared for my UK radio examinations.  The problem being that the UK did not recognise the Chilean licence so it meant taking my City and Guilds in the British Council in Santiago – specially sent out to me and later my morse test at the coastgards in Southampton.

By 1983 the economic situation was becoming difficult in Chile so we left to come back to the UK and I looked for a new job.  Shortly afterwards I obtained a lecturing post in Malaysia and off we set again this time with a TS430 and a TET triband antenna in the luggage.  I had also picked up a UK licence G4VHO.  We soon made contacts in Malaysia (Photo’s above & right) and through them Linda and I were able to obtain local licences – I became 9M2DC (my initials) and Linda was 9M2LA.  Some local lads helped me put up the antenna and I was on the air.  I was soon building up QSOs but where were my QSL cards.  I contacted 9M2SS Sangat who was the President of MARTS and he took me into a room in his house which was stacked high with cards.  There was no one to sort them out.  Well the only way 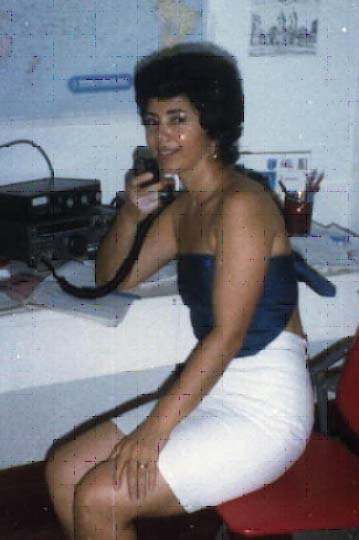 to get my cards was to sort the whole lot out so we made several trips by car and brought all the cards back to our house. Over a month I had them all stacked on the floor in piles – there were about 70 amateurs in Malaysia at the time – no one in 9M6 and only later one in 9M8 – 9M8EN.  I soon got to know all the active members and have fond memories of 9M2DW (Two Dancing Witches), 9M2CO Adrian – very active, 9M2FZ Leong and my lifetime friend 9M2BB whom we still affectionately call Two Bravo Bravo – now living in VK.  I made about 5000 contacts in Malaysia and sent out endless packets of cards monthly wrapping them in plastic bags from the local supermarket to protect them from the tropical rain.  In 1986 I ended my contract in 9M2 and we returned to the UK.

By now teaching jobs were getting more difficult to get and the XYL made it clear that she did not fancy three years in South Sudan even though the callsign would have been exotic.  So I retrained as a solicitor and took a teaching post at the University of Glamorgan near Cardiff.  Up went the TET tribander with the help of my friend Ron VK7RN visiting us from Tasmania and I was back on the air as GW4VHO. However my days as a ham were to be limited as my neighbour complained of TVI.  Unable to resolve it to his satisfaction I gave up the hobby for the next 15 years.

In 2006 I had reached retirement age and Linda and I agreed that we wanted to move abroad again.  After visits to different parts of Spain we finally settled on Northern Chile as the best place to set up home.  We returned in late 2006 sailing out on a container ship a journey of 46 days.  Shortly after our arrival we joined the local radio club and within six months I had recovered my licence.  I was back on the air as CE2EYN still with my TS430S and TET tribander. 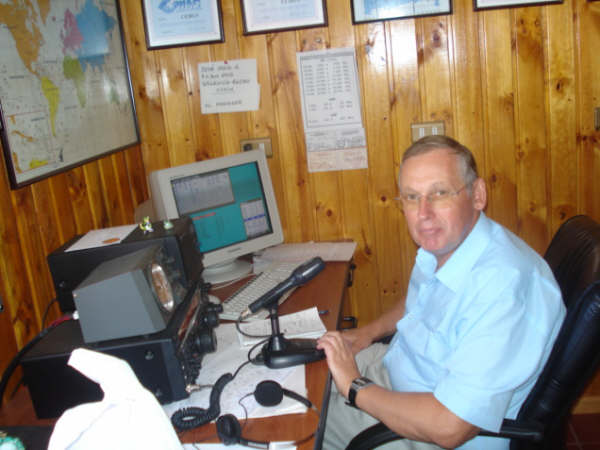 October I was off to Bahia Inglesa (English Bay) with the group to operate CE1W in the CQWW contest.  We made 4000 QSOs over the weekend helped with Chilean wine of course.  The group will activate CE1W again this year.  I also help out the local radio club in contests – we usually operate as CE2LS and the club has a good record in contests. In December I applied to Telecomunicaciones in Santiago to change my licence for a 2 letter call.  This involved providing evidence of publications – luckily I had written an article some years ago in Practical Wireless – and at least 25 years operation as a ham.  The application was processed quickly and when we rang Santiago to ask on its progress we were advised that I had been granted the callsign CE2WZ which was much better for contest work.

As for the future I hope to be able to pension off the TS430S soon and replace it with something newer.  I have been working on my CW and hope to get on the air in that mode soon.   My favourite band is 10 metres 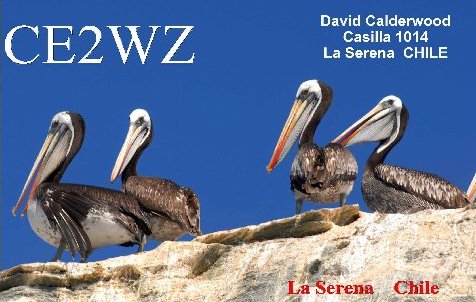 and I have been considering joining 10-10 International.  I just love it when 10 metres opens up and I can make QSOs to Europe and North America.

So if you hear me please give me a call particularly if it is on 10 metres. I qsl via LOTW and/or via M0OXO (M3ZYZ Qrz.com) and it would be my pleasure to both send you and receive your Qsl Card in return.