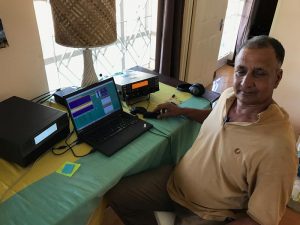 I have had several messages over the last month from people concerned that they haven’t heard from Robert 3B9FR (Rodrigues Island) in many months. As you know Robert was qrv several times every single day and never missed in any conditions but since May 2019, I have had no contact from him nor has he been qrv (recent spot fake). I have tried to contact him many times as well as sending several enquiries through colleagues visiting 3B in an attempt to locate him. Thus far I have nothing fruitful whatsoever to report on his welfare. Should I hear anything of course I will let the community know but certainly for the moment Robert appears ‘MIA’. Thanks for your concern,