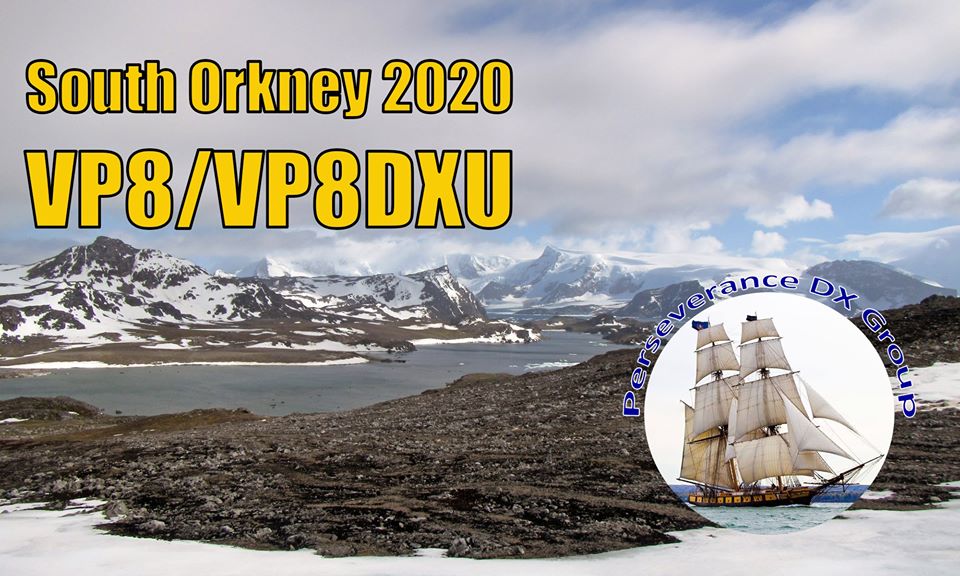 Alan Cheshire VK6CQ
Originally from Scotland, Alan has lived in Perth, Western Australia for many years and was first licensed as G4EEL in 1975 whilst studying for his commercial Merchant Marine Radio Officer ticket. He holds degrees in Physics & Telecoms Engineering and is a consultant telecom engineer in the offshore oil and gas industry.

Has over 5 years Antarctic and sub-Antarctic experience with the British Antarctic Survey, Australian National Antarctic Research Expeditions and Antarctic Logistics & Expeditions and has over-wintered four times with the call signs VP8PJ and VKØLD. Other DX calls over the years: A4XYF, VS5AC, V85AC, P29AC, VK8AC, 9V1DX, 9VØA, CE9/VKØLD.
An A1 CW Op, he gave many an all time new one as VKØMM from Macquarie Island over the year 2000 and was also a member of the 2016 VKØEK Heard Island team. When not pounding away on a Morse key, Alan plays a mean bluegrass banjo.
Equipment Shipping
After a short delay the equipment was accepted by our freight agent, placed on pallets, shrink wrapped and loaded into a sea container. The container was trucked to Oakland, California and after US Customs formalities it began its journey to Coronel, Chile. Expected arrival is December 21st. Subsequently, the shipment will be taken to Punta Arenas, Chile.
Fundraising
The estimated cost of this project is $310,000 – $325,000(USD), with the most expensive line items being the ship, freight and cold weather shelters. We expect fuel prices to remain within the contracted range, with minimal foreign exchange fluctuation. Our bills are paid in: US and New Zealand Dollars and Euros, we closely follow currency trends.
We appreciate the support from the worldwide DX and amateur radio organizations. Forty-nineclubs / foundations have signed on, and equally important are the over 400individuals who have already supported the project, especially our47 Premier Sponsors who each donated $200(USD), or more.While we still have a long way to go, we continue to make progress towards our goal of the radio team paying 50% of the project cost with sponsorships paying the remainder.
The corporate sponsors: Elecraft, DX Engineering, WIMO, RadioSport, Low Band Systems, Spiderbeam, Rig Expert, Mastrant and Clamcleat are instrumental to the success of this project. We know that Max at ON5UR Print, working with our QSL manager Tim M0URX, will deliver a high quality QSL card.
Our next major milestones include finalizing the radio operating schedule and assigning team member responsibilities for camp setup, radio and antenna installation.
Thanks for your continued interest and support of our project.
Good luck in the pileups.
73,
Team VP8/VP8DXU