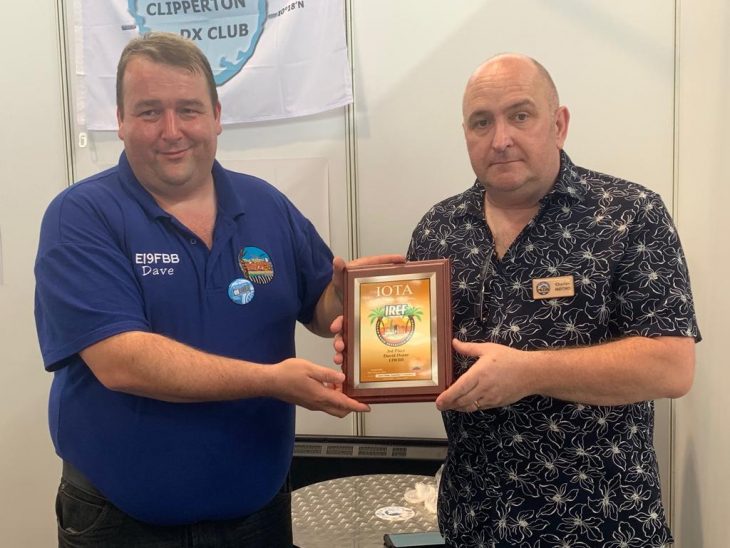 Whilst in Friedrichshafen Ham Fair, germany this last week, it gave me great pleasure to be able to Award one of the recent IREF Trophies for the Dxpeditioner of the Year 2018.

First and second place Plaques had already been awarded to Cezar Trifu VE3LYC and Mike Zavarukhin VE7ACN respectivley at Dayton but the third place trophy had not been awarded.

Almost certainly the UK’s most high profile activator of IOTA’s, the third place was indeed good recognition of Dave’s success.

Please check out the IREF website, DXpeditions to rare Islands need our support!