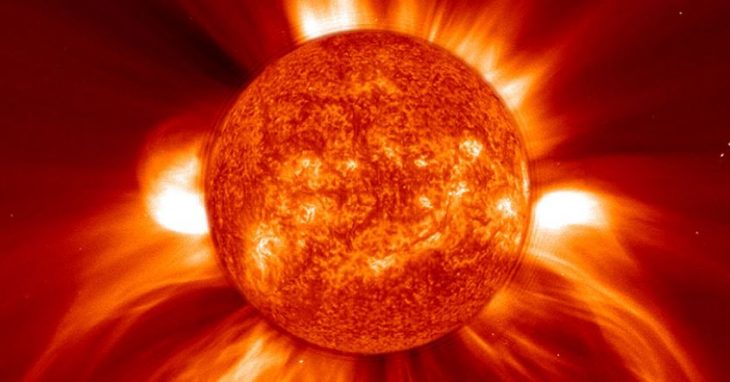 The visible part of the sun is about 10,000 degrees Fahrenheit (5,500 degrees Celsius), while temperatures in the core reach more than 27 million F (15 million C), driven by nuclear reactions. One would need to explode 100 billion tons of dynamite every second to match the energy produced by the sun, according to NASA.