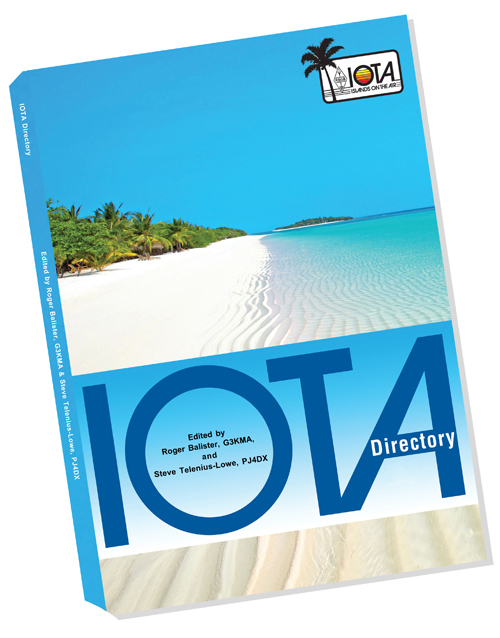 The IOTA Shop is now on-line and can be found on the IOTA Website.

”This 18th edition contains the complete listing of IOTA islands as well as everything you need to know to participate in IOTA. Included in the colour section are fascinating reports on several rare IOTA operations from Ashmore Reef, an Australian external territory in a highly sensitive area of the Timor Sea, Bhola Island and St Martin’s Island, two Bangladeshi islands in different IOTA groups, Pukapuka Atoll in the North Cooks,  Busuanga Island in the Philippines and Mokil Island in the Federated States of Micronesia.

The rules have seen a major and once only restructuring to make them easier to follow. The list of Most Wanted IOTAs has been recast to show the listing in three ways: based on contacts credited all-time, credited to those who updated in the last 10 years and to those who did so in the last 5 years. Regular features such as the Honour Roll and other performance listings, award winners and advice on making a first application are also included. This Directory will probably be the last paper edition to be printed.”

Enquire about price for quantity.”