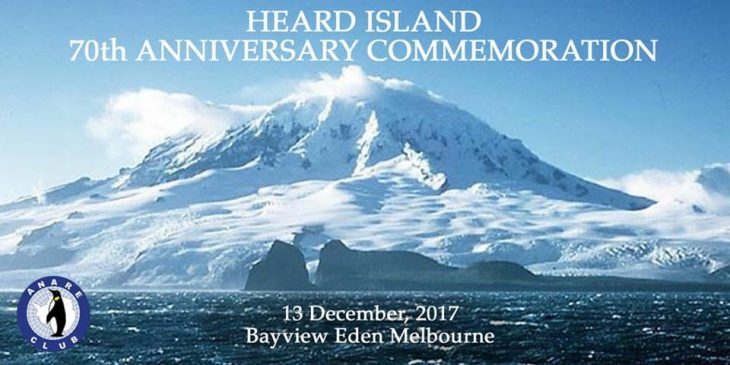 VI70HI is a special Callsign issued to Commemorate the first ANARE Expedition to Heard Island in December 1947.

The party from the Australian National Antarctic Research Expedition (ANARE) arrived at Heard Island in December 1947. The 14 men spent 15 months at Atlas Cove, and constructed an entire small city, complete with a small power station, food store, mess, workshops, shower, toilet, electrical and plumbing stores, medical annex, biology lab, science lab, hen coop, dog run, and a large tractor. These men carried out meteorological, geophysical, upper atmosphere, and biological research, a program that continued for 7 years until the base was abandoned. Since 1969, ANARE has visited Heard Island every few years, mostly to check up on the ruins of the original encampment.

The first amateur radio contact was made in 1947 by Arthur Campbell-Drury who signed VK3ACD/Heard. During the following 3 years, a total of only 36 contacts was made.

A special commemorative QSL card will be available after completion of the activation via M0OXO our QSL manager.

OQRS will be available and LOTW.