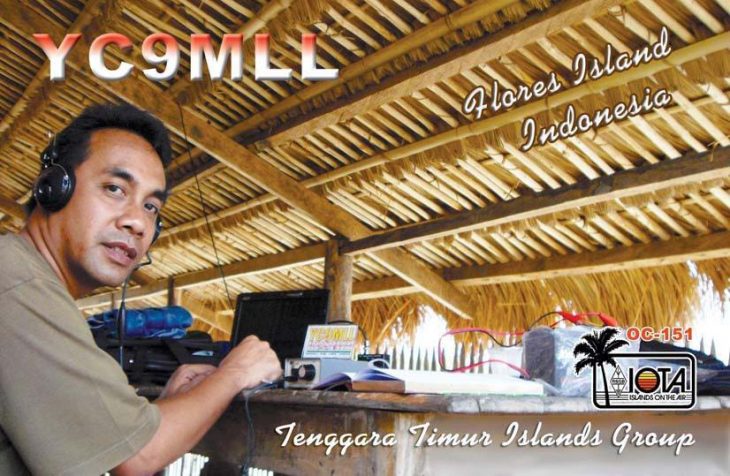 Today I received this information from Leo YC9MLL;

I will be running 100W mostly on 21 MHz around the IOTA calling freq. or at any clear freq. near it.  I will try to operate split for better results.  I have also 14MHz segment in Indonesia so I may also try that band and 7MHz also if I have a long bamboo pole available.  It was not previously planned to be there but it is a great surprise to be allowed to be back.”