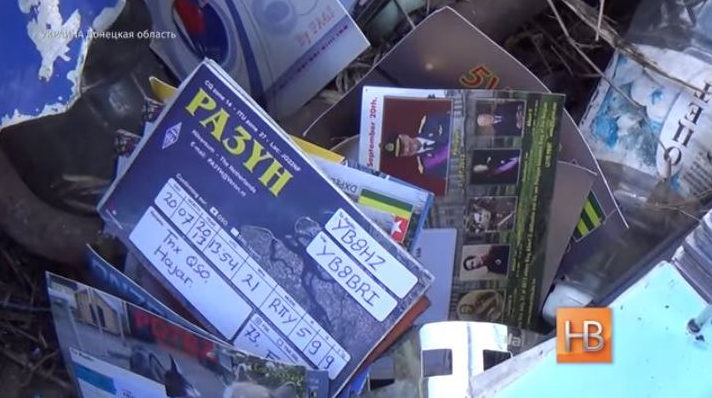 The Netherlands IARU member society VERON has reported that hams there have an opportunity to reclaim their QSL cards salvaged from the wreckage of Malaysian Airlines Flight MH17, which was shot down over Ukraine in 2014 — provided they’re willing to cover the cost of having them cleaned. VERON spotted the recovered cards in a YouTube video last year, and the Dutch QSL Bureau confirmed that a shipment of QSL cards had been headed for Indonesia, the flight’s planned destination. The 465 recovered cards now are at Schipol Airport near Amsterdam in the custody of Malaysian Airlines.

VERON has since learned that a hefty “cleaning” charge stands in the way of any hams who might want to reclaim their cards. According to VERON, a Malaysian Airlines attorney has indicated that a safety specialist must first clean the 465 cards before they may be returned to their senders. The quoted cost for the job is more than $27,000 US, exclusive of any taxes.

According to VERON, the cards belong to the radio amateurs who sent them, and neither it nor the Dutch QSL Bureau can make a decision on whether or not the cards should be cleaned. “Given the high cost, it is unlikely that the rightful owners want their cards back,” VERON said. “Nevertheless, the [VERON] central administration offers amateurs the chance to regain their QSL cards.” Any amateurs interested in reclaiming the salvaged cards should contact VERON.

MH17 was flying from Amsterdam to Kuala Lumpur when it went down after being struck by a missile, killing all 283 passengers and 15 crew members. — Thanks to Southgate ARC via VERON/Jean-Paul Suijs, PA9X