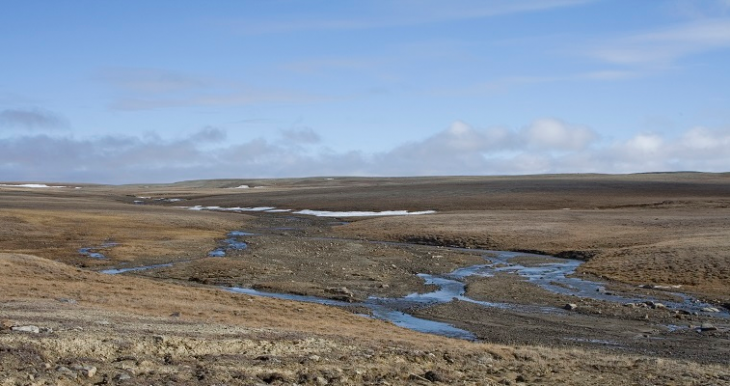 Melville Is. is an uninhabited island with an area of over 42,000 km2. It is divided by the 110th meridian west, with the eastern half belonging to Nunavut and the western half to Northwest Territories. While the eastern part is characterized by plains, the western part includes some of the largest mountains in the western Canadian Arctic, with heights reaching 1,000 m.

The island is named for Robert Dundas, 2nd Viscount Melville who was First Sea Lord when Sir William Parry was the first European to reach the island in 1819. 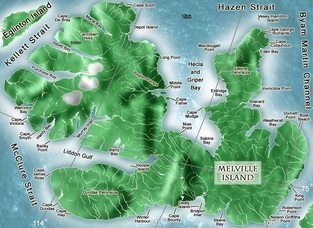 Freezing-up of the sea forced the British explorer to spend the winter at what is now called “Winter Harbour”, just west of the 110th meridian west, until August 1, 1820. In the search for Franklin’s lost expedition, its east coast was explored as far as Bradford Point (see Boat Reach on the map attached) by Dr. Abraham Bradford in 1851, while its north and west coasts were surveyed by Francis Leopold McClintock, Richard Vesey Hamilton and George Henry Richards in 1853. In 1930, a large sandstone rock marking Parry’s 1819 wintering site at Winter Harbour, approximately 5.5 m long and 3 m high, was designated a National Historic Site of Canada.