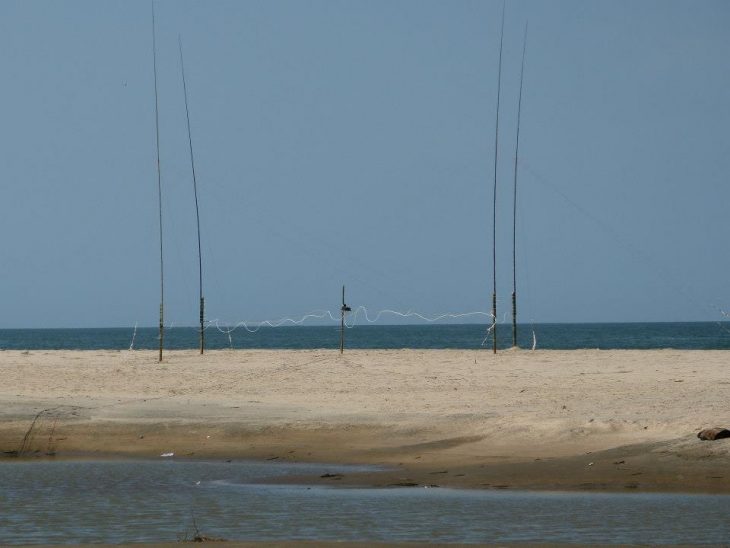 Plans include two complete stations (Elecraft K3s and KPA500s) using Spiderbeams for the HF bands, verticals on an 18 meter high Spiderpole for 160 and 80 meters and dipoles/verticals on 40 and 30 meters.  Activity will be on 1.8 through 28 MHz on CW, SSB, RTTY and some PSK.

They have had to abandon their original operating site, the well-known “Radio Syd” guesthouse, where C5A, a Czech contest group, operated successfully for several years.  The C5A group advised there were severe LF/HF noise problems, which have been confirmed by C5YK, Andre.  A nearby electric fence installed by aEuropean contractor within the last two years is causing it.  The fence is at a high security prison 200 meters to the west.

The C5X operation will move to the Ocean Villa Heights Lodge, English run, on the coast at Brufut, southwest of Banjul.  There is a “large northwest-facing lawned garden area” just 100 meters from the beach, a good spot for antennas.  With the K1N Navassa operation likely around the same time, C5X will try to steer clear of those pileups.

Logs are expected to be uploaded daily to both Club Log and LoTW.  QSL via M0OXO (OQRS Preferred). Please DO NOT send your cards via the Bureau as they are NOT required and the team may not receive them.