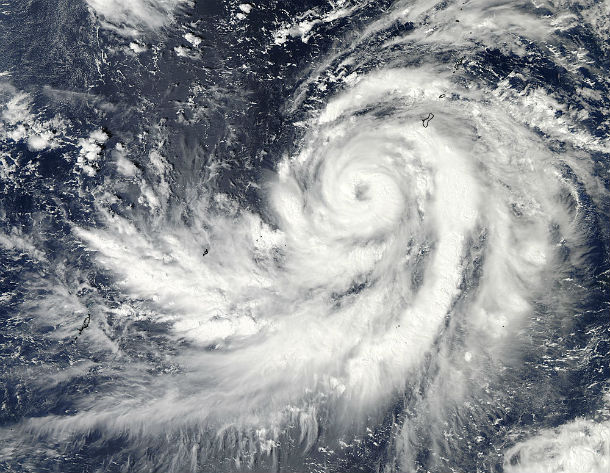 The system barely missed the island of Guam twice on its southwestern track before it changed direction to the northeast. Francisco has developed in a similar area to where former Typhoon Wipha formed last week. Francisco is now located southwest of the island and is moving northwest with maximum sustained winds of 96 mph.

The Joint Typhoon Warning Center forecast has the storm moving north-northwest towards Japan over the next week.