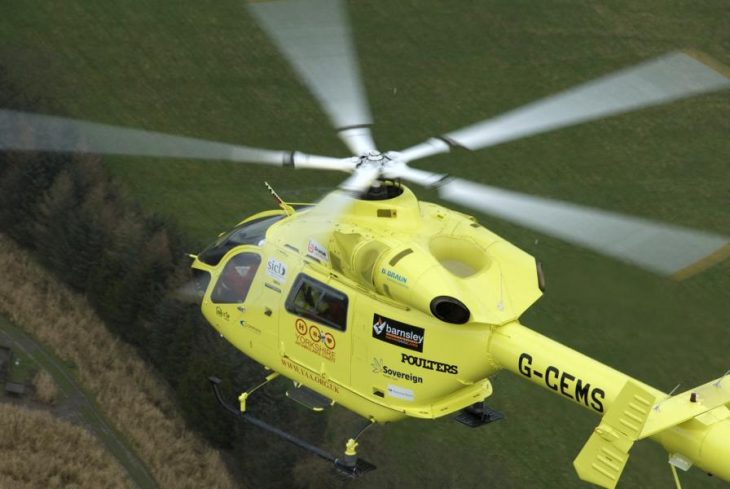 Two people were killed and 12 were hurt when a helicopter crashed into a crane on a building in central London yesterday.

The helicopter hit the crane on top of The Tower, One St George Wharf beside the Thames at about 08:00 GMT. Cars and two buildings caught fire after the burning wreckage fell into Wandsworth Road in South Lambeth. Eighty firefighters tackled the blaze.

The pilot, Capt Pete Barnes from charter firm Rotormotion, was killed, along with a person on the ground. The Pilot was one of the best respected Helicopter Pilots in the UK and was the former Pilot of the local Yorkshire Air Ambulance (which M0OXO.com donate to as regular as possible). Mr Barnes, 50 and who lived near Reading, Berkshire, had asked to be diverted to a nearby heliport because of bad weather.

Pete Barnes had worked as a pilot on action films including Die Another Day and other ‘James Bond’ movies.

Metropolitan Police Commander Neil Basu told BBC News it was “miraculous” the crash was not much worse. Five people were taken to hospital with minor injuries. Seven people were treated at the scene.

It is thought some of the injured were hit by falling debris.

The Civil Aviation Authority said a warning about the crane involved in the crash had been issued to pilots in October and again on 7 January. But it confirmed that red aviation warning lights on tall structures only need to be turned on at night – and not during bad weather in daylight hours – because they are not visible in fog or low cloud.