Superstorm Sandy from formation to fandfall 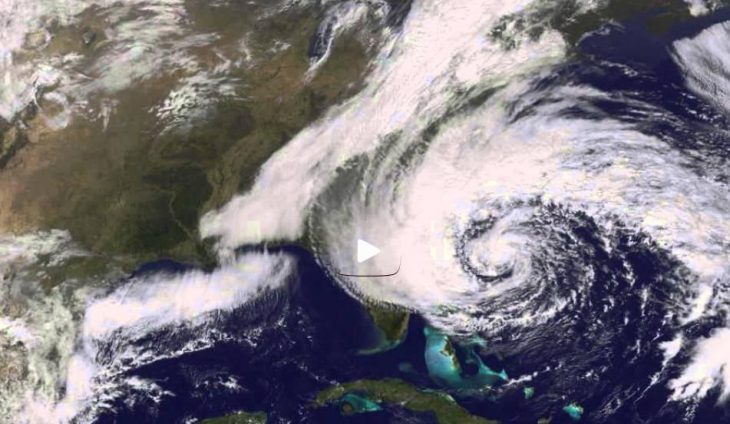 It was the largest hurricane ever recorded in the Atlantic Ocean. The cost of its devastation is still unknown.

Pictured above is a movie of Superstorm Sandy taken by the Earth-orbiting GOES-13 satellite over eight days in late October as the hurricane formed, gained strength, advanced across the Caribbean, moved up the Atlantic Ocean along the US east coast, made an unusual turn west, made landfall in New Jersey, turned back to the north over Pennsylvania, and then broke up moving north-east over the northern US and Canada.Although Sandy’s winds were high and dangerous, perhaps even more damaging was the storm surge of water pushed onto land ahead of Sandy, a surge that flooded many coastal areas, streets, and parts of the New York City subway system.

Spanning over 1500 kilometers, US states as far west as Wisconsin experienced parts of the storm. Although Hurricane Sandy might have formed at any almost time, concerns are being raised that large storms like Sandy might become more common if water in the Atlantic continues to edge higher in power-enhancing surface temperature.