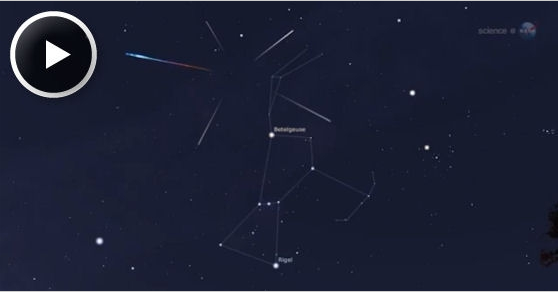 Usually, waking up before sunrise is a good way to get a head start on the day. On 21st October, waking up early could stop you in your tracks.

Blame Halley’s Comet.  Every year in mid-to-late October, Earth passes through a stream of dusty debris from Comet Halley, and the pre-dawn sky lights up with a pretty display of shooting stars.

“We expect to see about 25 meteors per hour when the shower peaks on Sunday morning, Oct 21st,” says Bill Cooke, the head of NASA’s Meteoroid Environment Office.  “With no Moon to spoil the show, observing conditions should be ideal.”