NASA’s Curiosity rover caught in the act of landing 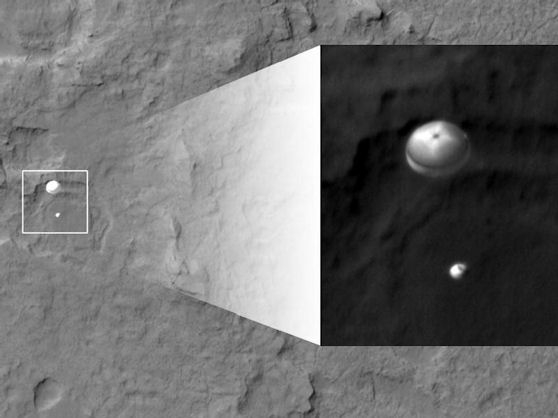 An image from the High Resolution Imaging Science Experiment (HiRISE) camera aboard NASA’s Mars Reconnaissance orbiter captured the Curiosity rover still connected to its 51-foot-wide (almost 16 meter) parachute as it descended towards its landing site at Gale Crater.

The image was taken while MRO was 211 miles (340 kilometers) away from the parachuting rover. Curiosity and its rocket-propelled backpack, contained within the conical-shaped back shell, had yet to be deployed. At the time, Curiosity was about two miles (three kilometers) above the Martian surface.