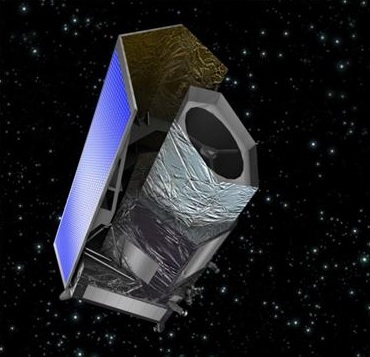 The European Space Agency (ESA) has formally approved an international collaboration of about 1 x 105 scientists from research institutes across Europe, along with some Americans, to design and build the satellite Euclid. Expected to be launched later this decade, Euclid will map approximately 2 x 109 galaxies and the dark matter around them. The Instituto de Astrofisica de Canarias (IAC) is involved in developing one of the two instruments for the Euclid space telescope. Using a telescope with a 1.2 m aperture, the Euclid mission will map a radius of about 1 x 1010 light years from earth; this is equivalent to mapping the evolution of the Universe over about three quarters of its history. This equates to 40% of the entire sky.

The deep-field mission will cover a patch of sky equivalent to 100 times the size of the full moon, or 1.5 x 104 times the angular area covered by the Hubble Space Telescope’s “Ultra Deep Field” exposure. The combination of depth and sky coverage might allow Euclid to detect the first galaxies that formed at the beginning of the Universe.