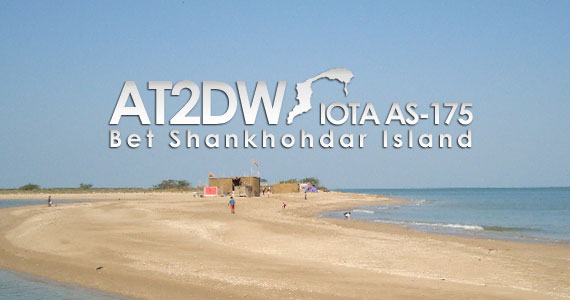 Early morning DX? Well its not been too good for me of late. Either thro lack of enthusiasm, Qsl work or Band conditions I certainly haven’t logged too much.

This morning I had a trawl and after a quick heads up from Tim M0URX I switched on to hear A35YZ on 17M SSB. He was very strong in fact, he was so strong we didnt think it was genuine. Well it was and with a split of 15 wide I bagged him second call with 200w barefoot (TS480HX), amazing. Thats only the second slot for him but happy for the new band.

Several others eluded me this morning but with a few JA on 15M RTTY it was better than nowt. The best of the bunch was around 1000UTC with AT2DW on Bet Shankhodhar Island aka Bet Dwarka, Gujarat, India. IOTA AS-175 was a new one for me and despite his weak signal on 12m RTTY, I chose my split and worked him after about 10 minutes calling (100w FT1K).