Closest Flyby of Dione yet!!! 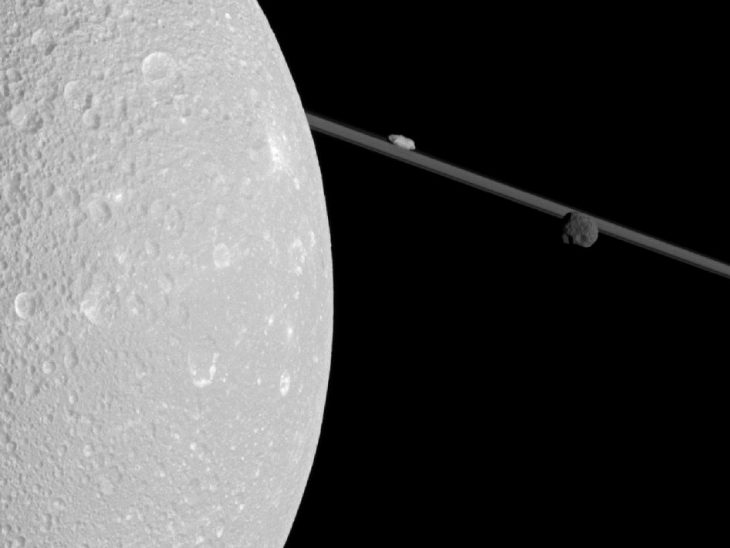 The image was taken in visible light with Cassini‘s narrow-angle camera during the spacecraft’s flyby of Dione on 12th December, 2011. This encounter was the spacecraft’s closest pass of the moon’s surface, but, because this flyby was intended primarily for other Cassini instruments, it did not yield Cassini’s best images of the moon.

This view looks toward the northern, sunlit side of the rings from less than one degree above the ring plane. The view was acquired at a distance of approximately 67,000 miles (108,000 kilometers) from Dione. Image scale is 2,122 feet (647 meters) per pixel on Dione.