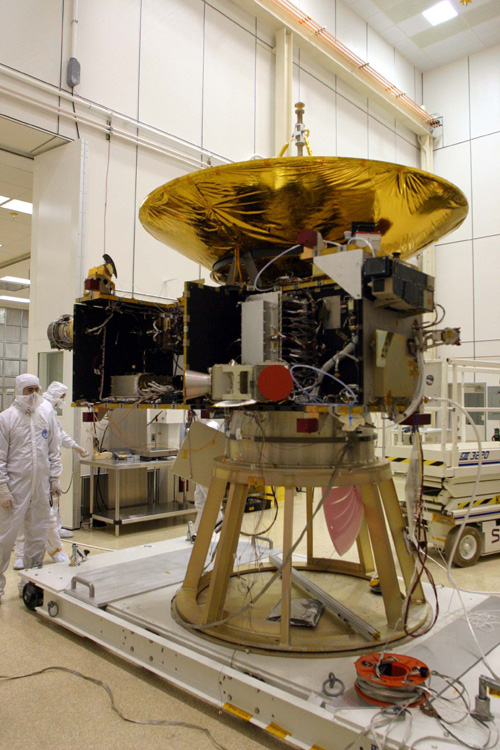 NASA’s New Horizons mission reached a special milestone yesterday on its way to reconnoiter the Pluto system, coming closer to Pluto than any other spacecraft.

“What a cool milestone!” says New Horizons Principal Investigator Alan Stern, of the Southwest Research Institute. “Although we’re still a long way — 1.5 billion kilometers from Pluto — we’re now in new territory as the closest any spacecraft has ever gotten to Pluto, and getting closer every day by over a million kilometers.

Now New Horizons, which is healthy, on course and closer to Pluto than Voyager ever came, will continue to set proximity-to-Pluto records every day until its closest approach – about 7,767 miles (12,500 kilometers) from the planet – on July 14, 2015.

“We’ve come a long way across the solar system,” says Glen Fountain, New Horizons project manager at the Johns Hopkins University Applied Physics Laboratory. “When we launched [on Jan. 19, 2006] it seemed like our 10-year journey would take forever, but those years have been passing us quickly. We’re almost six years in flight, and it’s just about three years until our encounter begins.”

From New Horizons’ current distance to Pluto – about as far as Earth is from Saturn – Pluto remains just a faint point of light. But by the time New Horizons sails through the Pluto system in mid-2015, the planet and its moons will be so close that the spacecraft’s cameras will spot features as small as a football field.

New Horizons is currently in hibernation, with all but its most essential systems turned off, speeding away from the Sun at more than 55,500 kilometers per hour. Operators at the Applied Physics Lab will “wake” the spacecraft in January for a month of testing and maintenance activities.