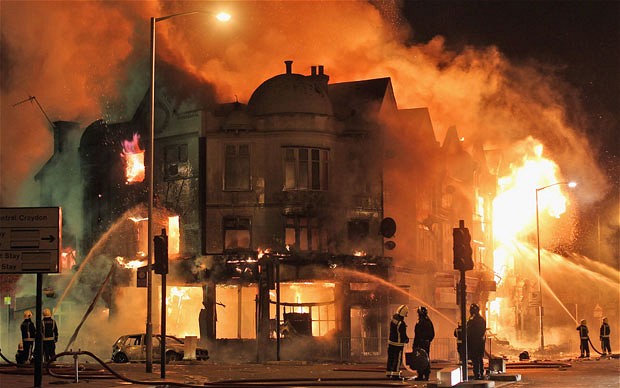 The violence that started in Tottenham at the weekend after a man was shot dead by officers spread throughout the capital. “Inexcusable” marauding saw major fires started in Hackney, Peckham, Lewisham, Clapham, Ealing and Croydon, where a man was injured in a shooting. 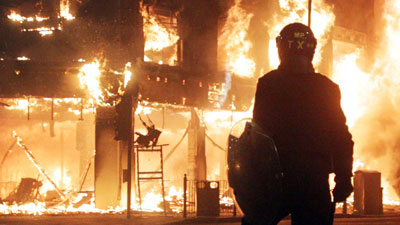 A furniture shop in Croydon which had been in the same family for five generations was completely destroyed after being torched.

A huge blaze at a Sony distribution centre near Enfield, north London sent plumes of thick smoke billowing into the sky.

Scotland Yard said 334 people had been arrested, 69 charged and two cautioned across the capital, as over 1,700 extra police were deployed across London, some from neighbouring forces.