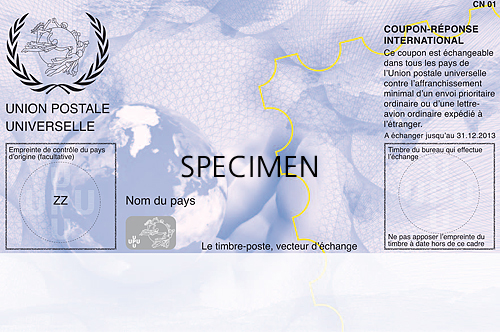 The current International Reply Coupons expire at the end of 2009. This isn’t new news but a reminder is always helpful. Postage can be costly and despite expecting ‘ham spirit’ in the hobby, you can guarantee some of the unscrupulous ‘colleagues’ will try and offload any expired coupons they have, on the unsuspecting Manager to whom they send them. For those of you who have not been involved with using these ‘IRC’s’ in the past, let me try and describe a little more about them.

The IRC is a postal product which is exchangeable for one or more postage stamps. The stamps would be to the value of the minimum postage for an ordinary priority letter for most post-mail items or, for an ordinary air-mail letter sent abroad. IRC’s were first issued in 1907 and 2.2 million coupons are used each year for various aspects.

The main users seem to be of course us, the  Radio Amateurs who exchange Qsl cards and also Students. Students use them for exchanging correspondence with regards to their academic studies between the Universities and other teaching/learning institutions.

So, to summarise – take steps and try to get rid of all your ‘Beijing 2’ International Reply Coupons asap and in any event certainly before the end of the year. If you don’t, then you could end up seriously out of pocket!