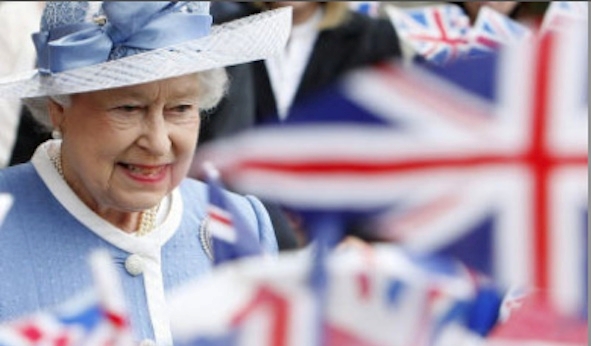 Well its just over a week since the NOV’s began allowing UK Amateurs to use the ‘Q’ in their Callsigns to celebrate the Diamond Jubilee of HM Queen Elizabeth. Both John GQ4RCG (G4RCG) and myself MQ0OXO (M0OXO) have been qrv when time allowed and despite very poor band conditions we seem to be very popular which is always good news!

Conditions are definately a lot poorer than they were early last week so all we can do is call and hope for a response. 20M on Friday was different with short skip allowing inter-G to be worked. personally I spoke to Stations in Ireland, Norfolk, Scotland, Exeter and Devon & Cornwall. All the stations (including those using low power) we very strong. the biggest signal was from Finland and he was 60db over with me.

So far GQ4RCG and MQ0OXO have logged just under 2300 callsigns. Please call us whenever you wish, multiple bands and all modes are available should you need ‘MQ0’ or ‘GQ4’ on other band slots. For Qsl information click here. 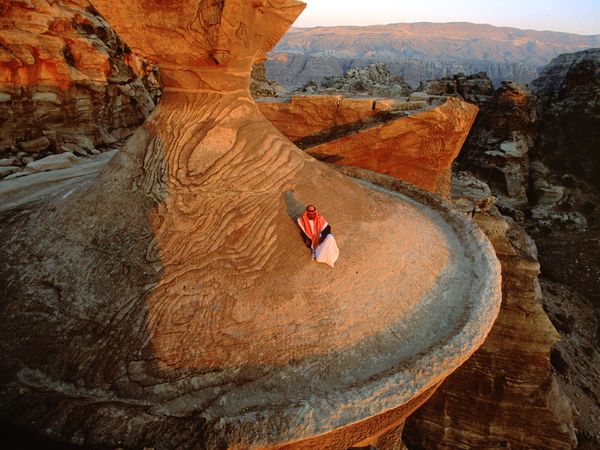 JY9ET cards are designed and gone to the Printer.

Sadly the Printer is away on holiday until the 22nd of this month so there will be a slightly longer delay before they are printed and dispatched.

I apologise for any inconvenience, cards will be dispatched with 24 hours of receipt. If you have any questions the please click here and send me an email. Again, my apologies, 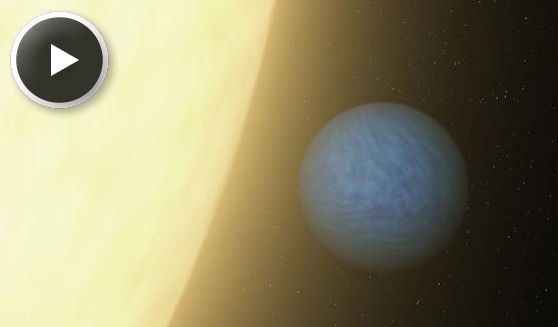 NASA’s Spitzer Space Telescope has detected light emanating from a “super-Earth” beyond our solar system for the first time. While the planet is not habitable, the detection is a historic step toward the eventual search for signs of life on other planets.

The planet, called 55 Cancri e, falls into a class of planets termed super Earths, which are more massive than our home world but lighter than giant planets like Neptune. The planet is about twice as big and eight times as massive as Earth. It orbits a bright star, called 55 Cancri, in a mere 18 hours.

The 55 Cancri system is relatively close to Earth, at 41 light-years away. It has five planets, with 55 Cancri e the closest to the star and tidally locked, so one side always faces the star. Spitzer discovered the sun-facing side is extremely hot, indicating the planet probably does not have a substantial atmosphere to carry the sun’s heat to the unlit side. 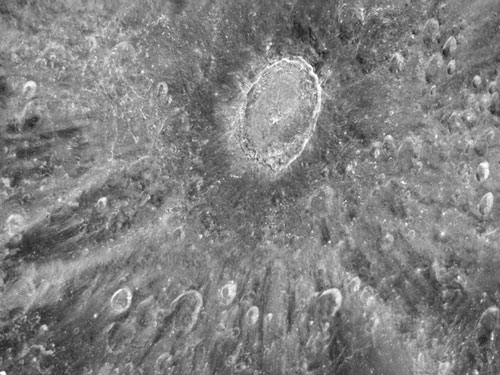 Mottled landscape showing the impact crater Tycho is among the most violent-looking places on our moon. Astronomers didn’t aim NASA’s Hubble Space Telescope to study Tycho, however. The image was taken in preparation to observe the transit of Venus across the sun’s face on June 5-6.

Hubble cannot look at the sun directly, so astronomers are planning to point the telescope at the Earth’s moon, using it as a mirror to capture reflected sunlight and isolate the small fraction of the light that passes through Venus’s atmosphere. Imprinted on that small amount of light are the fingerprints of the planet’s atmospheric makeup.

This image, taken with Hubble’s Advanced Camera for Surveys, reveals lunar features as small as roughly 560 feet (170 m) across. The large “bulls-eye” near the top of the picture is the impact crater, caused by an asteroid strike about 100 million years ago. The bright trails radiating from the crater were formed by material ejected from the impact area during the asteroid collision. Tycho is about 50 miles (80 km) wide and is circled by a rim of material rising almost 3 miles (5 km) above the crater floor. The image measures 430 miles (700 km) across, which is slightly larger than New Mexico. 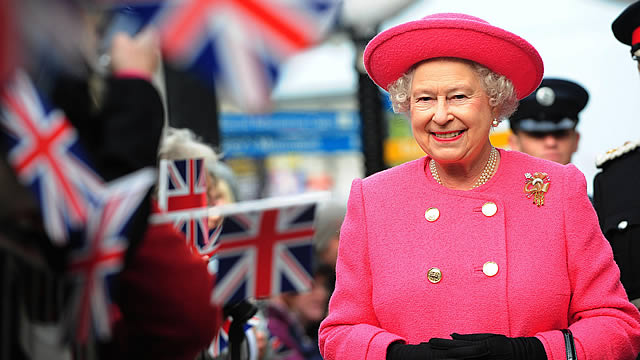 MQ0OXO log, (currently with 700 qso’s), now uploaded to ARRL LOTW. Please advise if you have any problems with your Qso’s not being verified.

Email me with enquiries here 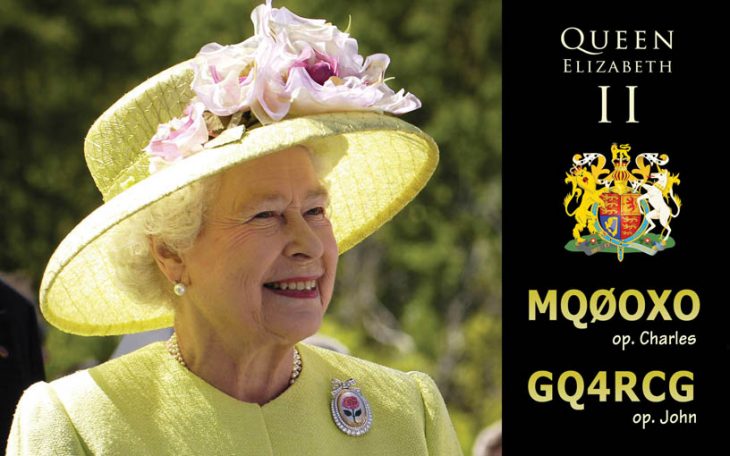 The long awaited ‘Q’ Callsigns made their debut on the bands today.

‘MQ0OXO’ fired up at 0535 local on 17M RTTY. The first station in the Log was Gen JA3WLN from Osaka, Japan. This was followed by a small pile of JA and BY stations, with 28 JA logged after an hour or so. DX was sporadic with the propagation but between 17 and 15m (SSB & RTTY) 300 q’s logged before I closed down when the ARI contest started.

UK Stations have been granted the facility to mark 60 years of The Queen’s reign (the Diamond Jubilee) by adding the letter ‘Q’ to their Callsigns for a 5 week period. MQ0OXO will be active all modes between 05th May and 10th June 2012.  More info;

Well this operation is turning out to have some potential issues surrounding Ham Radio, their respective licences and legitimacy.

Apparently, the 7O6T team has received strict orders not to work 4X/4Z stations from Israel. This was part of the licence conditions. This is turning out to be an interesting thread/topic. have a look here at Qrz.Com, it makes some interesting albeit disturbing issues as far as Ham radio is concerned.

Well it was a rare one for me, in fact an all time new one. I camped out on 15m and called at various places on the band……for 3 hours….and not a knock, the pile-ups were immense. Finally I gave in, totally fed up. I qsy’d to 12M CW and worked them after about 5 minutes, amazing!

Socotra – is a small archipelago of four islands. It lies 240 kilometers east of Horn of Africa and 380 kilometers south of the Arabian Peninsula. The island recognized by the UNESCO as a World Natural Heritage site and Environmental Heritage

Socotra is considered the jewel of biodiversity in the Arabian Sea. Isolation of Socotra archipelago and its fierce heat and drought have combined to create a unique and spectacular endemic flora. 37 percent of plant species on Socotra are found nowhere else on Earth. The entire flora of the Socotra Archipelago has been assessed for the IUCN Red List

Socotra is one of the most isolated landforms on Earth of continental origin.

Socotra is a part of Hadhramaut Governorate, Republic of Yemen.