Printed on photo-quality coated paper to a very high standard.
Shipped rolled in a custom tube to ensure pristine condition upon arrival.
Prices are inclusive of Postage and include insurance.

These are TRULY CUSTOM made, these maps contain COUNTRY NAMES and their PREFIXES, and are centred on your exact location.

Everything is perfectly visible to enable you to position your antenna very quickly in the correct direction, they are produced and customised just for you.

All maps are inclusive of Postage and include insurance. – See below for details. 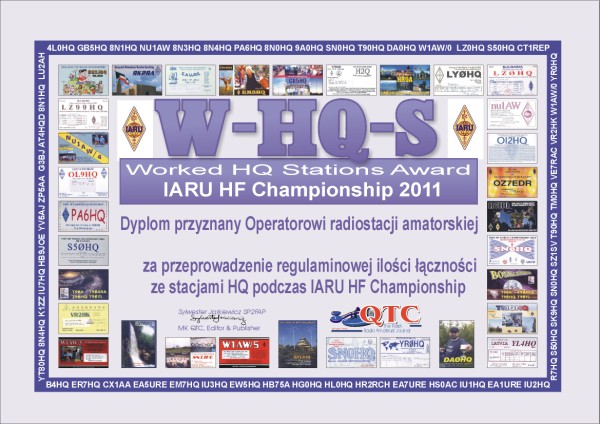 The object of the UK HQ Club Challenge is for all members of radio clubs to produce a Combined Club score by working the UK headquarters station GR2HQ on as many bands/modes as possible during the IARU HF Championship 2011 contest. Stations wishing to enter the IARU contest can add their score to the overall club score.

Whilst stations are encouraged to work any station active in the IARU event, only QSOs with GR2HQ will count for the UK HQ Club Challenge. Stations with limited band or mode capability are encouraged to operate from either a friend’s station or their local club station, whichever is appropriate to maximise their club’s overall score.

Sections: 1. Small Club or Group – up to three entries per club

2. Medium Club or Group – up to 9 entries per club

Scoring : One point per contact with GR2HQ – up to a maximum of 12 points (6 bands x 2 modes) per club member.

Entries: One club member should collate all the individual club member’s entries and produce a summary sheet of all QSOs which must be in Cabrillo or Excel format and must include each member’s name and callsign and their club or group name to be valid. This summary sheet should be sent by e-mail ( awards@gr2hq.com ) to Stewart GW0ETF who will do the log checking by 31st July 2011 (3 weeks after the contest).

Sorry – paper logs will not be accepted.

Awards: In each of the three sections listed above there are two UK HQ Club Challenge trophies which will be awarded to the club or group with the highest overall score in each of two geographical regions – the UK and Europe.

In the event of two or more clubs or groups having the same final points score, the group or club which achieves this score first during the 24 hours of the contest will be the winner.

Individual stations that contact GR2HQ on up to 12 band/mode slots will also be eligible for a special certificate issued by the GR2HQ team.

This is the 9th year that these award certificates have been available.

1. The award is issued by MK QTC (The Polish Radio Amateurs’ Journal)
Editor.

2. The purpose of this award is to maximize contacts with
national IARU central stations all over the world, during the IARU HF
Championship (July, 9-10 2011 r.).

4. A list of valid contacts should be submitted within 30 days after
the Championship to the following address: qtc@post.pl

5. W-HQ-S Award may be issued in two formats: – High resolution print,
with the applicant’s individual call sign, original seal and Chief
Editor signature, for a fee of 5 or $7 USD. The funds may be sent via
PayPal to: qtc@post.pl (award name and applicant’s call sign should be
included as a transaction note) – Electronic (JPG file) with call
signs of all winners, at no cost.

6. The award is available to SWL.

8. Any questions on the Award rules interpretation may be submitted
to: qtc@post.pl 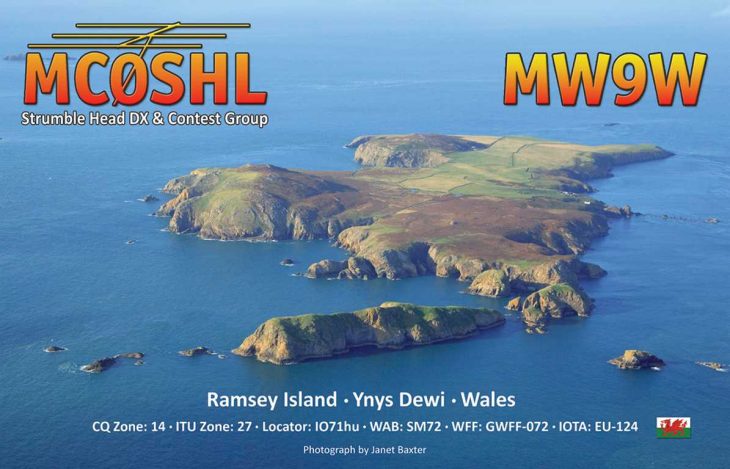 Thanks to Tim MØURX (Qsl Manager) for the work he has done on the new MCØSHL Qsl Cards for Ramsey Island 2011.

Cards are being printed, please use MØURX OQRS system if you would like to received a card.
Please do not request a card if you don’t need it (think about the ‘Green’ issues!) or if you have already sent for one via the bureau. 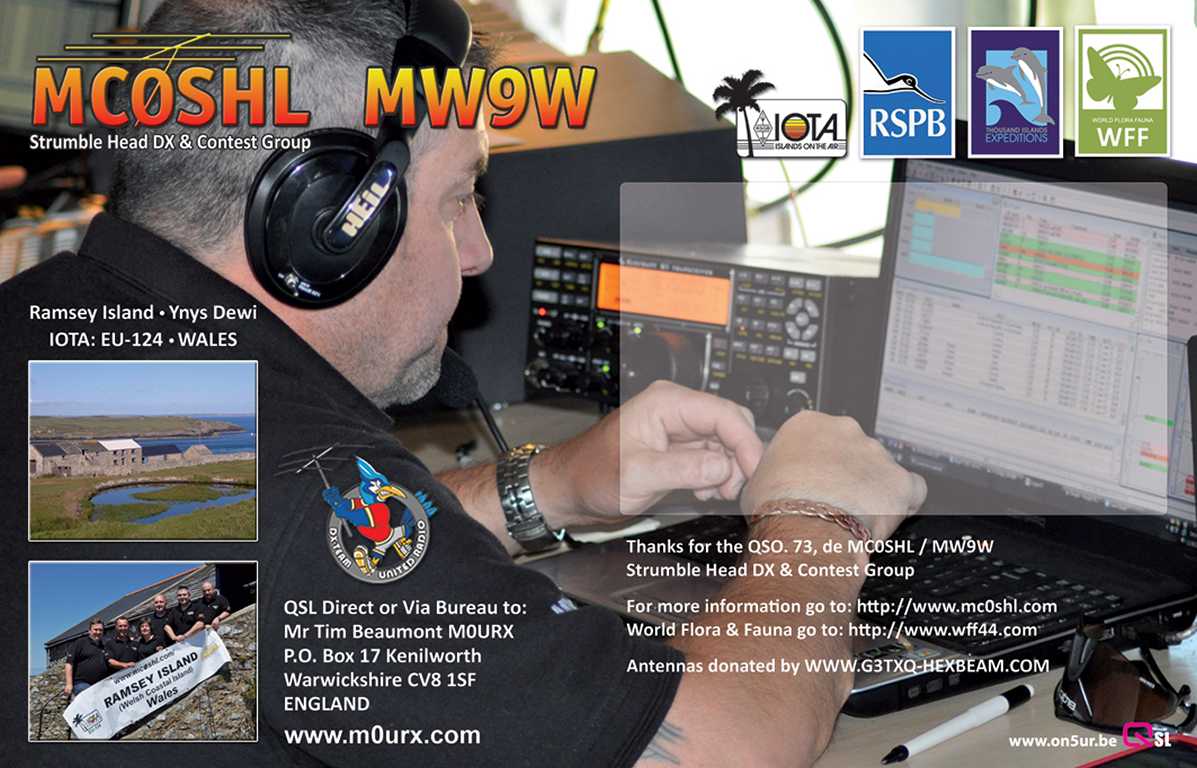 Please do not request a card if you don’t need it (think about the ‘Green’ issues!) or if you have already sent for one via the bureau. 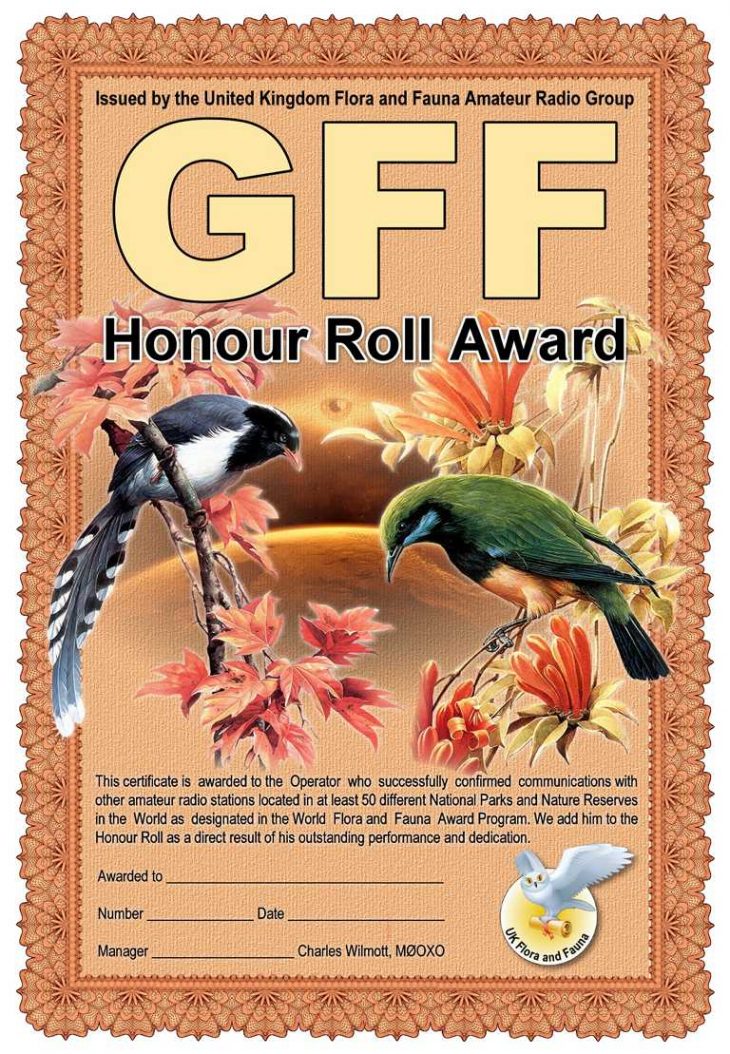 After a short delay due to the trip to Ramsey Island, I am now back on top of Qsl Card and WFF Award issuing.

This week alone I have prepared and am ready to mail 54 various award certificates from GFF.

Thanks for all the support and requests and once more, please accept my apologies for the slight delay. 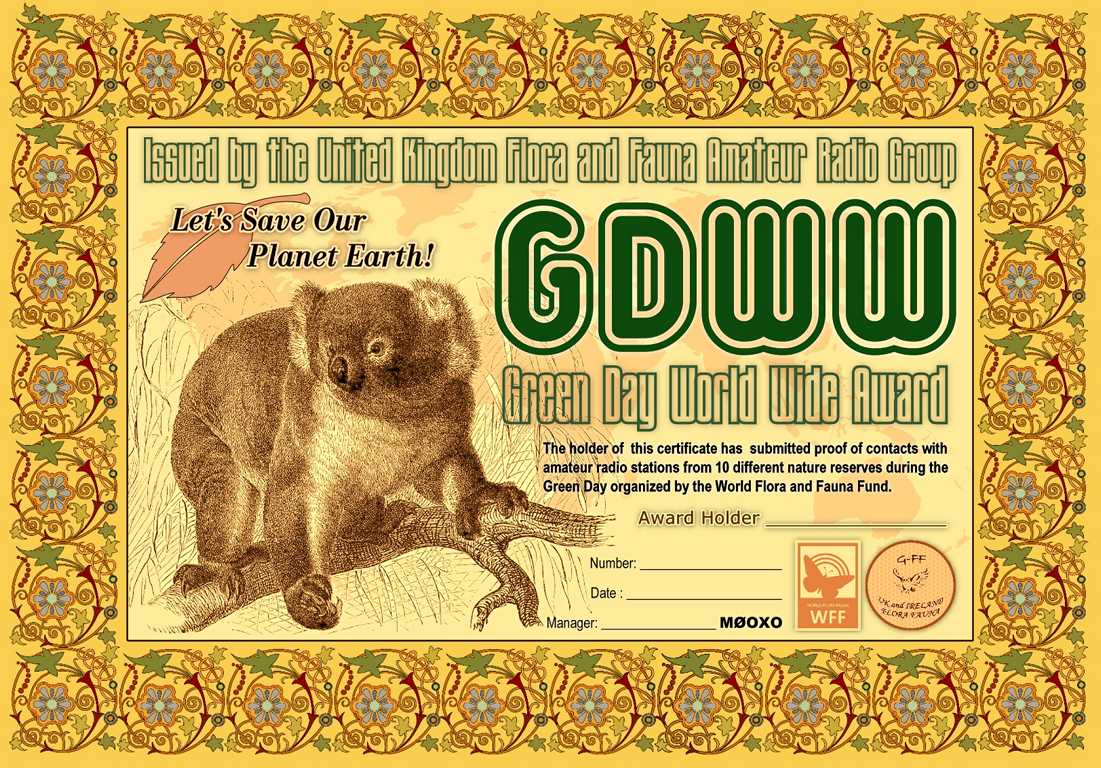