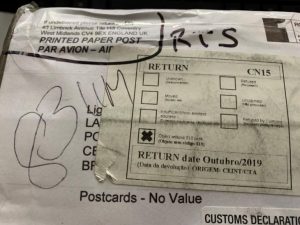 Brazil Customs Refuse Bureau cards and this is just the start to how things are going to change for shipment of Bureau cards around the world.
Since the start of the IARU Bureau service all we needed was an address in the member state to send Bureau cards. This is no longer the case.

From the 1st January 2019 The Universal Postal Union (UPU) requires you to provide electronic customs data when sending ‘goods’ across border.
Countries are adopting the submission of electronic data at variable speeds due to their existing IT infrastructure and ability to embrace change but from 2020 the expectation is that most countries will apply the changes more rigorously.
There are benefits to the legislation including smoother and more efficient transit times with fewer delays and subsequently fewer customer complaints.
What items are affected?
Untracked international items, with an intrinsic value. Including large letters, packets and e-commerce. * Printed matter is not affected.
What you need to remember:
• Goods to display an S10 barcode attached to the label as well as a customs declaration (CN22/23)
Advanced Electronic Data (AED) to be submitted, in the form of an electronic manifest advising the details declared on your CN22/23.
Harmonised System codes (otherwise known as HS or Tariff Codes) form part of the data requested on your customs declaration form (CN22/23).
The UPU requires these customs forms to be completed accurately and in full to facilitate a rapid clearance in the recipient country.

The submission of S10 barcodes and AED is a global customs requirement with the EU introducing it from January 2020.
What this means is that Bureaus MUST provide the following information:
Recipient Full Name
Recipient email address (of the bureau department)
Recipients Telephone Number
Then the sender can acquire a S10 barcode from the shipping company. This is quite an urgent matter. Already here we have had to suspend all Bureau shipments to Brazil, Argentina and Belarus as the customs refuse entry of our parcels because of no Pre-Advice Electronic Data. Ironically from our fact finding * “Printed matter is not affected” BUT and this is the big but…. if you do not use S10 barcode some customs / duane are returning the items regardless that they are * “Printed Matter” whilst others are slapping a handling fee because we have no S10 barcode. The United Radio QSL Bureau have notified the IARU on a number of occasions of these changes but have yet to put facilities in place to provide the data needed.

Royal Mail has a page on the website updated for “International Incident Bulletins” this link will take you to the page so that you can see what restrictions are in your country and where delays may apply.

Updated 24/03/2014 – As air flights around the world reduce very significantly to avoid the spread of Covid-19. This has a knock on effect on a restriction of air freight available to send post around the world. International Post WILL be more expensive and will also experience delays as most flights are not available to carry mail.

Thee below images (courtesy of Flightradar24) show the decreased capacity from February 26th to March 25: 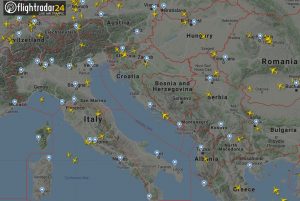 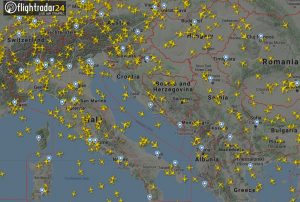 This WILL affect outgoing mail from my service. In these uncertain times we are all worries about how things will continue so should you have a question about postage please drop me an email at any time. 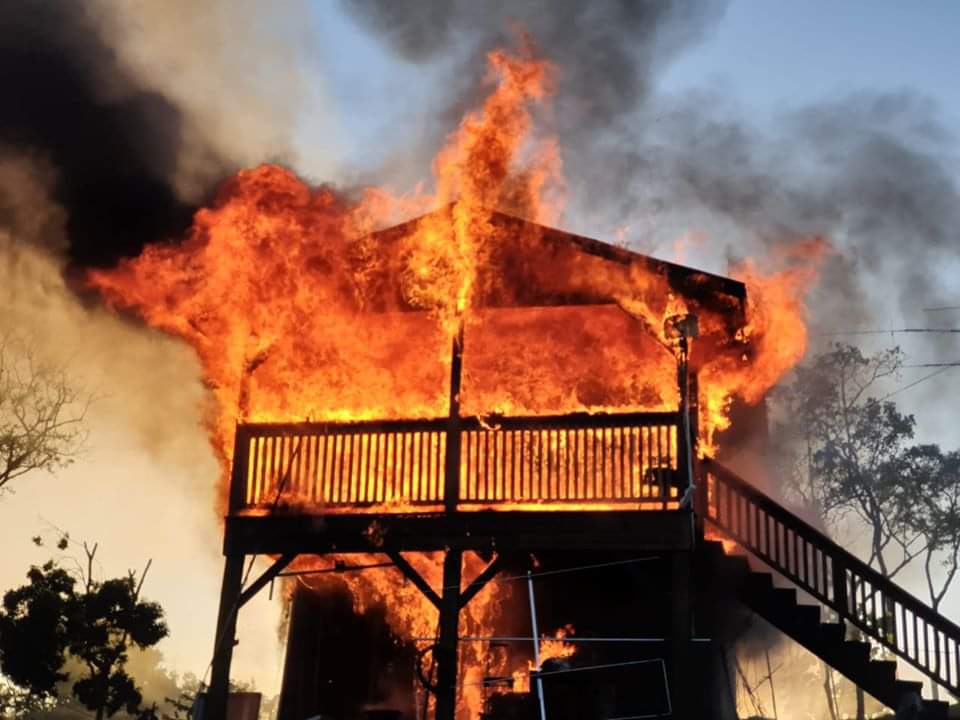 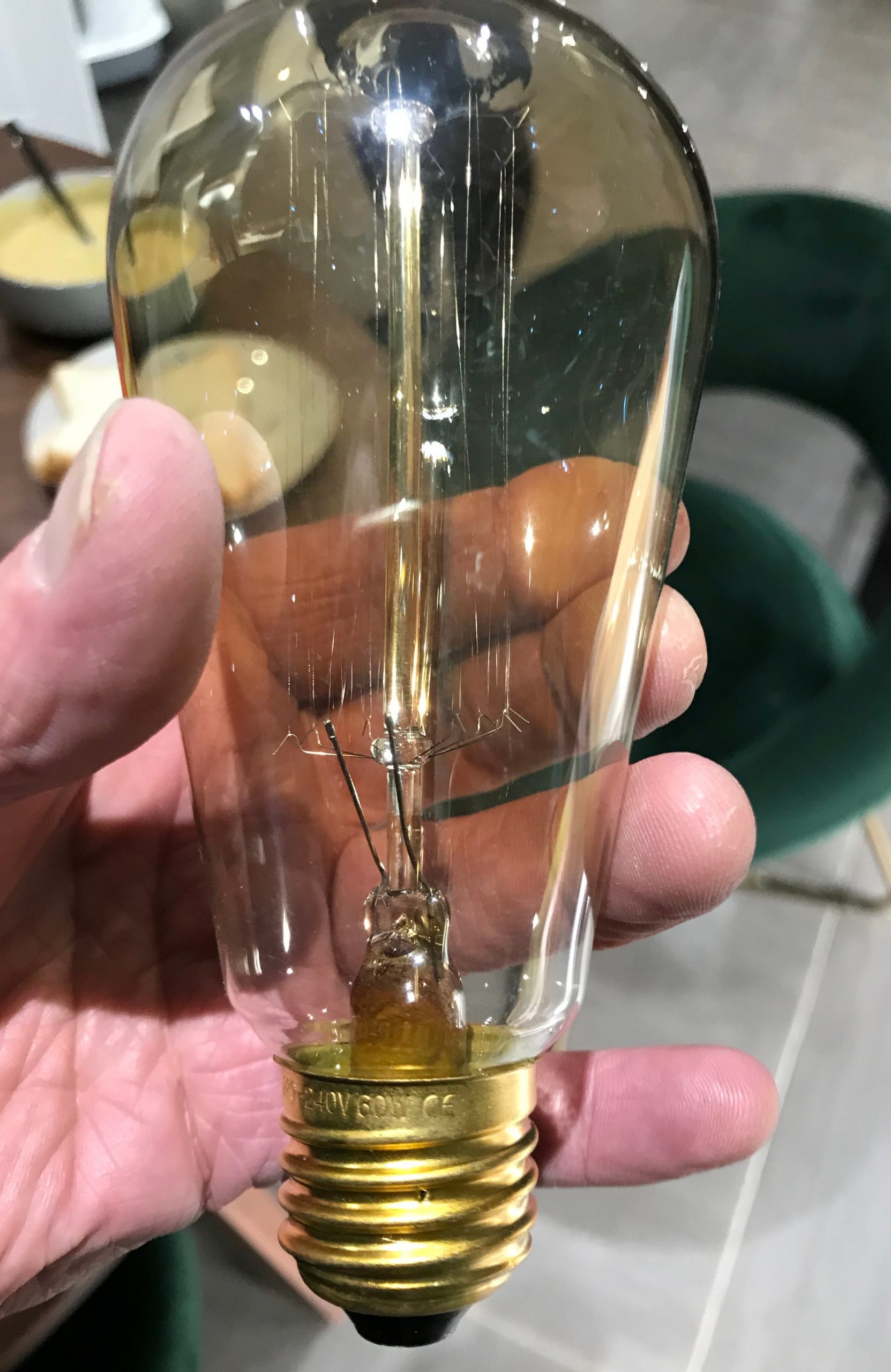 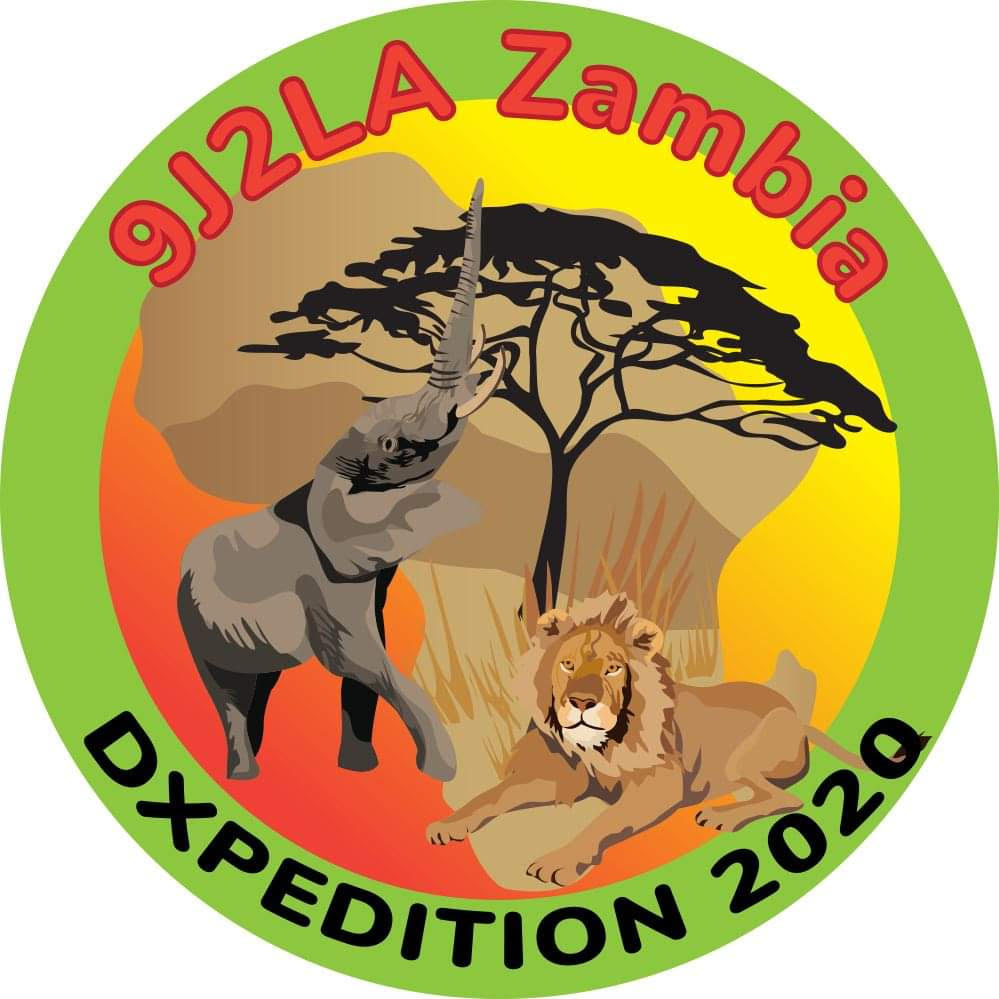 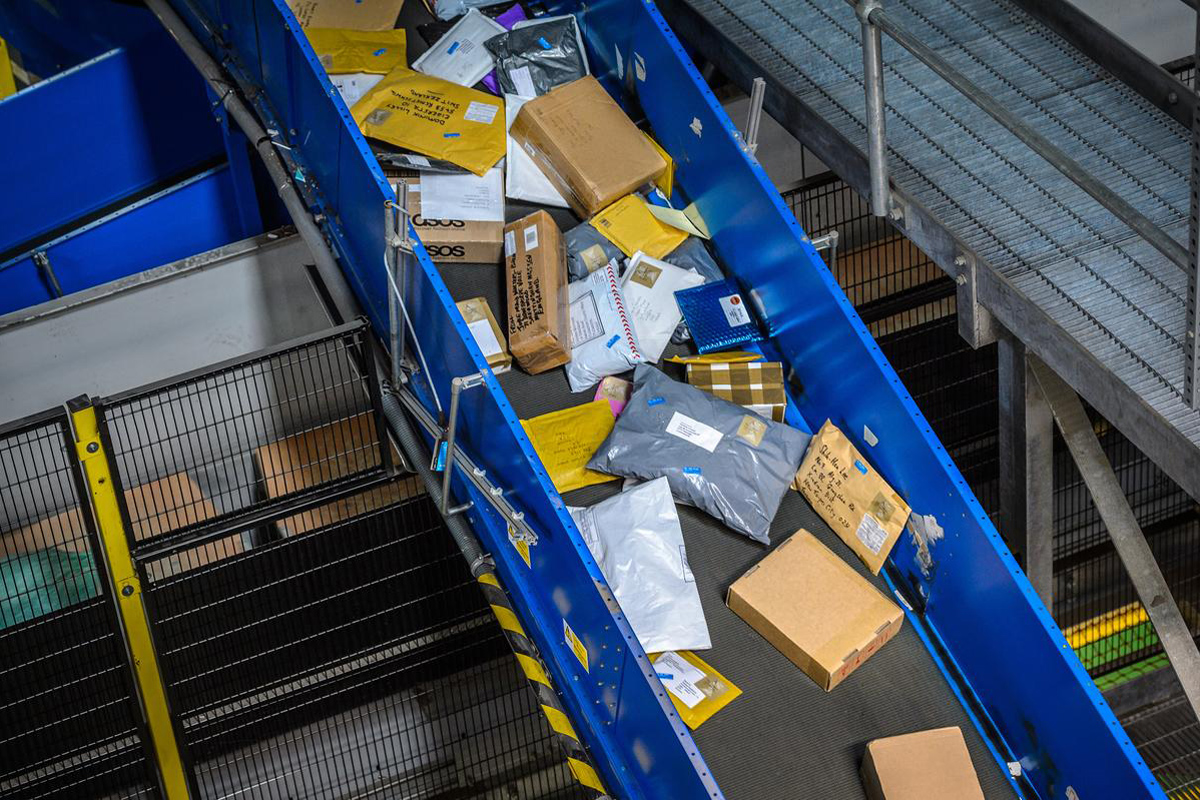 I have had several inquiries about how Covid-19 affects the delivery of your QSL cards. It is a fluid situation and after taking advice from Royal Mail i can inform you that posting from the UK is continuing as normal.
Nearly all mail is sorted by machine so is not touched by human hands. Large mailings are bagged from here and sent directly to London Heathrow Distribution Centre and the bags put on onward flights to the destination country.

Royal Mail has a page on the website updated for “International Incident Bulletins” this link will take you to the page so that you can see what restrictions are IN YOUR OWN COUNTRY and where delays may apply or indeed occur. 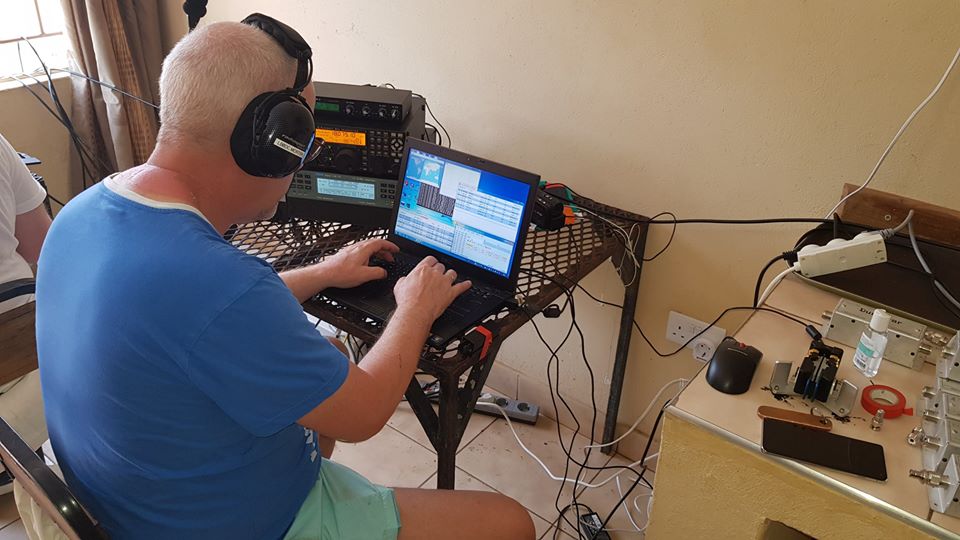 ”We just hit the #20k QSO mark at #9J2LA! 😁
Feel free to check your QSOs in our livelog at https://clublog.org/livestream/9j2la

Hope to catch you later in the pileups 😁” 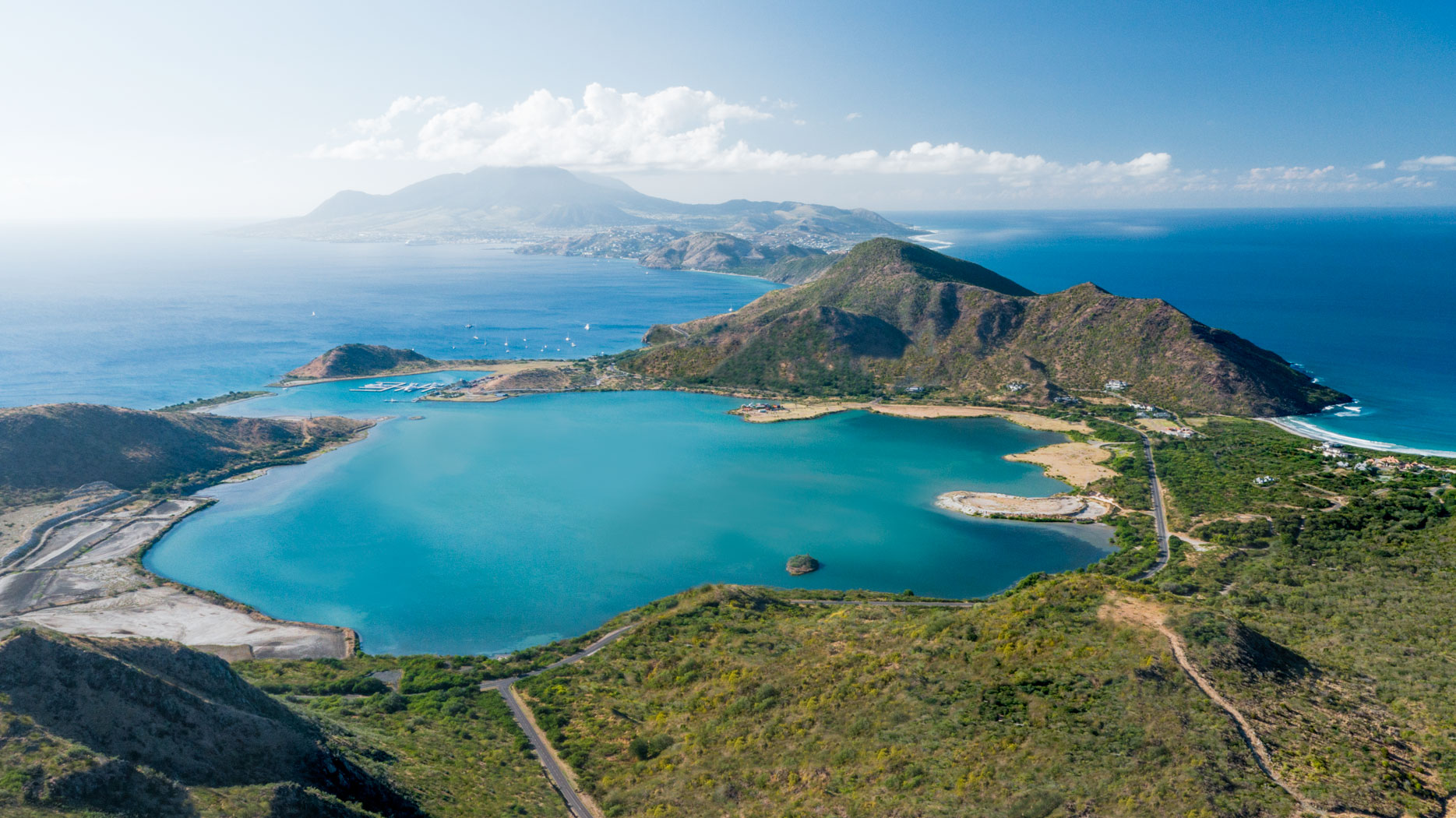 9J2LA are now qrv from their base near Lusaka in Zambia.

Following on from 7P8LB last year and Z2LA in 2018, the Team arrived in Zambia today.

Please take a browse through their website and check out the Operators, their Operating Plans and also the QSL information.

Try to remember to report ALL busted or missing calls using the form on the Bespoke OQRS ONLY (not via email or social media) and of course don’t send us your QSL Card via the bureau. We do NOT need your QSL Card so try to use M0OXO Bespoke OQRS in all instances. 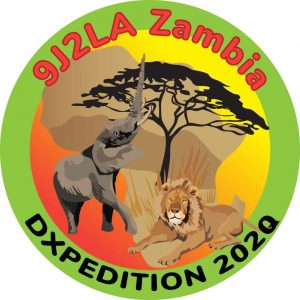 If you can support the Team in any way please do so also on their website. 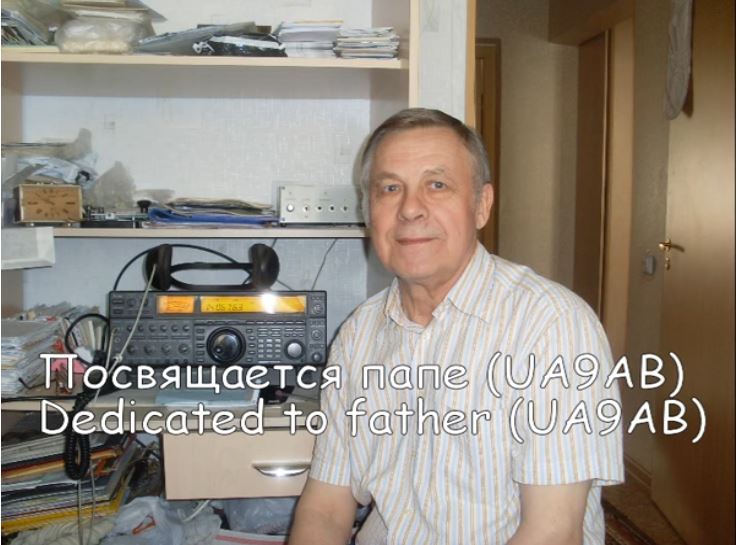 For anyone interested, here is the link to an article about the late Gene Schumat UA9AB from his Son, Andy..
It contains video slides about Gene and the radio club of the small town of Troitsk. During 1971 – 2020. There are some really interesting images of gene and the equipment through the decades.
https://cloud.mail.ru/stock/jRX2kTLshe1ex64ByXGKXGT6