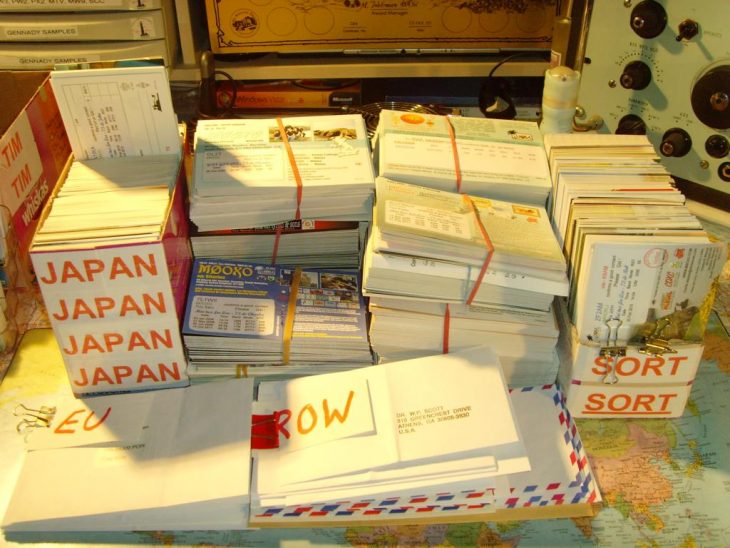 Hot on the heels of the 9Kilo of cards sent to the bureau last week, today I have again 1.8K of cards which will go to the RSGB Bureau tomorrow. I also have almost 2K to send direct to World bureaus in the coming week. 84 Direct letters were also mailed by First Class Airmail on Friday 1st March.

Here are a brief run down of todays cards included in the package;

There were single cards for other stations but in the main were the above. If you require a card please use M0OXO OQRS and remember, please DO NOT request the card more than once, save the planet 😉

Asteroid to pass in Moons Orbit

USA team announce they are planning a Commemorative DXpedition to a rare DX entity. This DXpedition will be to Wake Atoll (KH9) in October 2013….(Yippee !!)

Joe and Craig were the co-leaders of the very successful DXpeditions to Swains Island NH8S in 2012, and Sint Maarten PJ7E in 2010. They were also team members of the Midway K4M DXpedition in 2009. AA4NN is a veteran of these as well as many other DXpeditions across the globe. Lou was also a member of the Swains NH8S team.

This operation is a Commemorative DXpedition in that it combines a DXpedition and a commemoration of an event. 98 civilian contractors working for Morrison- Knutsen, lost their lives on the atoll in October 1943. The group has been named the “Forgotten 98″. Our operation, observing the 70th anniversary of their deaths, will be dedicated to keeping their memory alive and honoring their sacrifice. 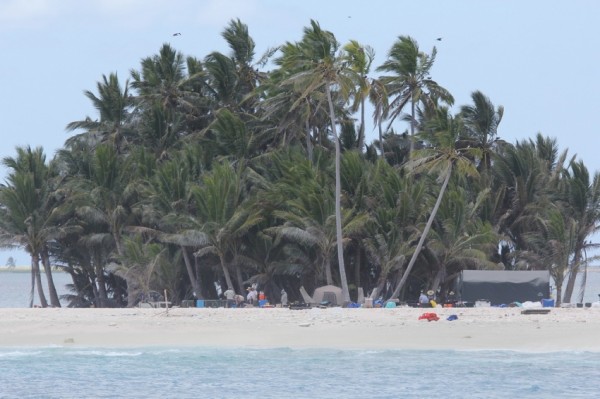 The first station opened on 7.184.20 and without DXA running. This station and the 6M station are QRV. A 30M CW station is also on the air. This is just the “lead” station – more and more will be set up as time goes on.

The first station was QRV at approximately 0615 utc. 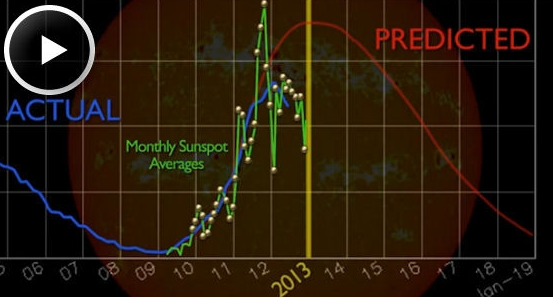 Reality, however, is more complicated. Astronomers have been counting sunspots for centuries, and they have seen that the solar cycle is not perfectly regular. For one thing, the back-and-forth swing in sunspot counts can take anywhere from 10 to 13 years to complete; also, the amplitude of the cycle varies.  Some solar maxima are very weak, others very strong.

Pesnell notes yet another complication: “The last two solar maxima, around 1989 and 2001, had not one but two peaks.”  Solar activity went up, dipped, then resumed, performing a mini-cycle that lasted about two years. 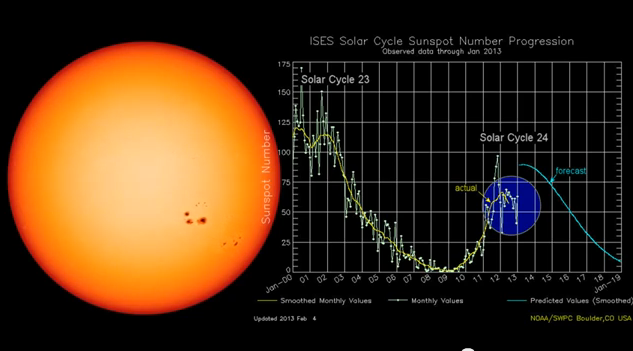 The same thing could be happening now.  Sunspot counts jumped in 2011, dipped in 2012, and Pesnell expects them to rebound again in 2013: “I am comfortable in saying that another peak will happen in 2013 and possibly last into 2014,” he predicts.

Another curiosity of the solar cycle is that the sun’s hemispheres do not always peak at the same time.  In the current cycle, the south has been lagging behind the north.  The second peak, if it occurs, will likely feature the southern hemisphere playing catch-up, with a surge in activity south of the sun’s equator.

Pesnell is a leading member of the NOAA/NASA Solar Cycle Prediction Panel, a blue-ribbon group of solar physicists who assembled in 2006 and 2008 to forecast the next Solar Max. At the time, the sun was experiencing its deepest minimum in nearly a hundred years.  Sunspot numbers were pegged near zero and x-ray flare activity flat-lined for months at a time.  Recognizing that deep minima are often followed by weak maxima, and pulling together many other threads of predictive evidence, the panel issued this statement:

“The Solar Cycle 24 Prediction Panel has reached a consensus. The panel has decided that the next solar cycle (Cycle 24) will be below average in intensity, with a maximum sunspot number of 90. Given the date of solar minimum and the predicted maximum intensity, solar maximum is now expected to occur in May 2013. Note, this is not a unanimous decision, but a supermajority of the panel did agree.”

Given the tepid state of solar activity in Feb. 2013, a maximum in May now seems unlikely.

“We may be seeing what happens when you predict a single amplitude and the Sun responds with a double peak,” comments Pesnell.

Incidentally, Pesnell notes a similarity between Solar Cycle 24, underway now, and Solar Cycle 14, which had a double-peak during the first decade of the 20th century. If the two cycles are in fact twins, “it would mean one peak in late 2013 and another in 2015.”

No one knows for sure what the sun will do next.  It seems likely, though, that the end of 2013 could be a lot livelier than the beginning……..we can hope I guess! 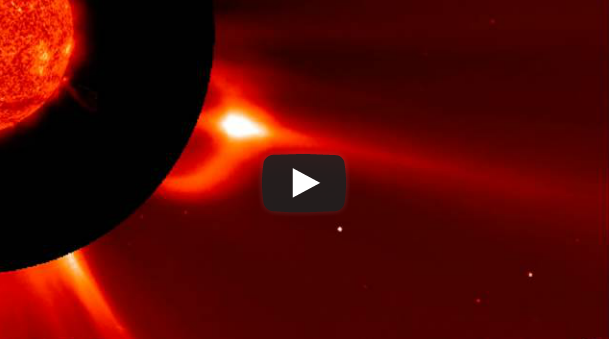 A huge magnetic filament erupted off the Sun’s southwestern limb during the early hours of yesterday.

Most of the plasma looks to be headed away from the Earth though. On the Earth side of the Sun, Active Region 1682 developed a ‘beta-gamma’ magnetic configuration and now harbors energy for M-class solar flares.

NOAA forecasters estimated a 15% chance of M-flares, and 01% chance of X-class. 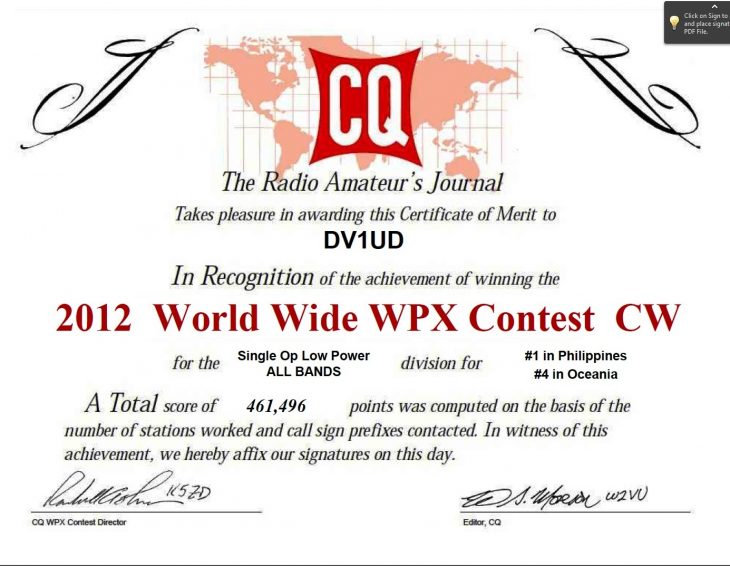 Congratulations to Dindo DV1UD for his sucess in the CQ WPX 2012 contest.