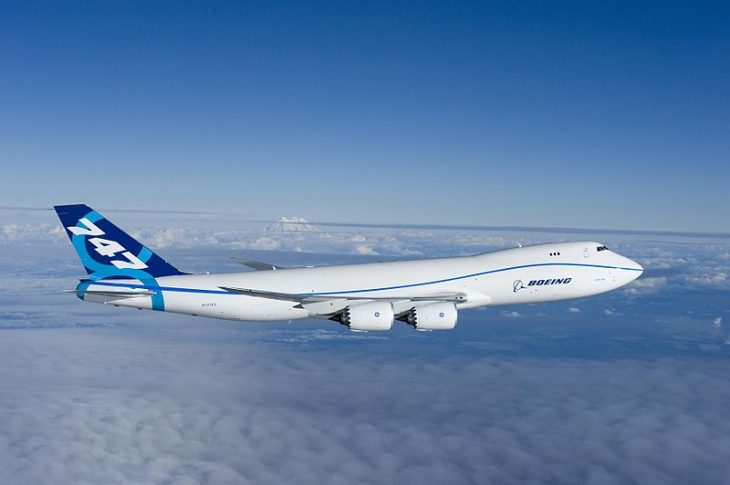 The aircraft, tail number A7-HHE, left Paine Field in Everett Washington at midday PST and is probably going to Hamburg to be fitted out.

The Boeing 747-8 is a wide-body jet airliner developed by Boeing Commercial Airplanes.