3D2R operators very loud on 20M CW this morning. I was pleased to make the ‘trip’ there for DXCC 300!

Rotuma is a Fijian dependency consisting of Rotuma Island and nearby islets. The island group is home to a small but unique indigenous ethnic group which constitutes a recognizable minority within the population of Fiji, known as “Rotumans“. Its population at the 2007 census was 2,002, although many Rotumans live on mainland Fijian islands, totaling 10,000.

These volcanic islands are located at 12°30′42″S 177°51′9″E, 646 kilometres (Suva to Ahau) north of Fiji. Rotuma Island itself is 13 kilometres long and 4 kilometres wide, with a land area of approximately 43 square kilometres. The island is bisected into a larger eastern part, and a western peninsula, by a low narrow isthmus only 230 meters wide, the location of Motusa village (Itu’ti’u district). North of the isthmus is Maka Bay, and in the south Hopmafau Bay. The bays are full of coral reefs, through which there are boat passages.

The Strange Attraction of Gale Crater 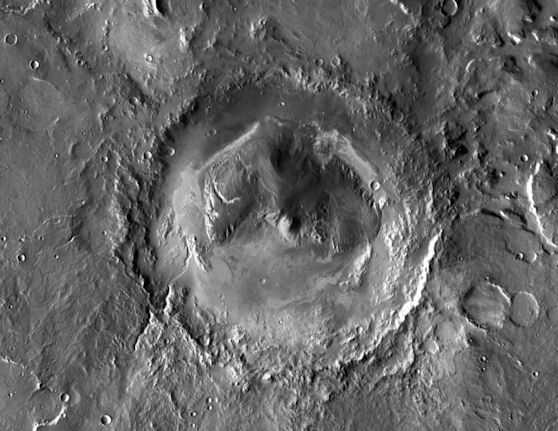 Curiosity is about to go to Mars.

The car-sized rover, also known as the Mars Science Lab, is scheduled for launch in late November or early December 2011 from the Kennedy Space Center.  After an eight-month voyage to Mars, Curiosity will land at the foot of a 3 mile high mountain in a crater named “Gale.”

It sounds a little odd—a mountain in the middle of an impact crater. Wouldn’t the impact have smashed it flat? Some scientists believe the 96 mile wide crater filled in with sediments over time and relentless Martian winds carved a mountain in the center, where it now stands nearly three times higher than the Grand Canyon is deep.

Because of its history, this strangely sculpted mountain is the ideal place for Curiosity to conduct its mission of exploration into the Red Planet’s past.
Today the Red Planet is a radiation-drenched, bitterly cold, bleak world. Enormous dust storms explode across the barren landscape and darken Martian skies for months at a time. But data from the Mars Reconnaissance Orbiter suggest that Mars once hosted vast lakes and flowing rivers. As seasoned travelers know, however, the journey is just as important as the destination. Curiosity can travel up to 150 meters per Mars day, but will stop often to gather and analyze samples. A high-resolution camera on the rover’s mast will take pictures and movies of the scenery, taking Earthlings on an extraterrestrial sightseeing tour.